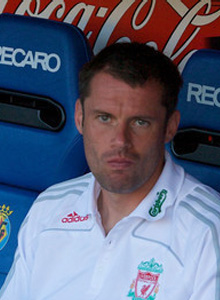 Jamie Carragher's long and illustrious career began when he signed his first professional contract in October 1996, after impressing first team boss Roy Evans as a member of the FA youth cup winning team.On January 8,1997,Carragher made his debut coming as a sub in the semi final of the Coca Cola Cup.This was followed by his League debut against West Ham,again as a sub.However on January 18,1998,he made his full debut at Anfield against Aston Villa,he scored one of his only four goals to date.

It was his versatility,being able to play right or left full back,centre half or as a defensive midfielder,which quickly established him as a member of the first team squad.Next came his international debut,in April 1999,under Kevin Keegan he was a sub against Hungary.It was in the 00/01 season where he held down the left back spot under Gerard Houllier.He won his first major trophy in February 01,where Liverpool beat Birmingham to win the League Cup.Within the space of five months he also had his hands on the FA Cup,UEFA Cup,Super Cup and the Charity Shield.

A serious knee injury caused the Bootle born scouser to miss the 2002 World Cup and then a broken leg caused him to miss the first half of the 03/04 season.Rafa Benitez became boss of Liverpool in the summer of 04,where he switched Carragher to centre half.It was there that he earned the reputation of being a hard hitting,no nonsense defender.He played an integral role,along with Sami Hyypia,at the heart of the defense which saw the Reds win their fifth European Cup,seeing of AC Milan in the final.The following season saw Carragher again with his hands on silverware,this time in the shape of the FA Cup, and subsequently captained the Reds to victory in the Community shield over Chelsea.

He eventually called time on his international career in July 2007 after somehow failing to hold down a regular first team place under Steve McClaren.On January 15 2008,Carragher cemented his name in Liverpool folklore by becoming one of only a dozen players to reach 500 appearences for the club,having already smashed Ian Callaghan's previous european record of 89 appearences.

A testimonial was held just after the beginning of the season in 2010/11 in which a Liverpool XI took on an Everton XI at Anfield.  During the victory he scored a penalty for both Liverpool, and for Everton - the team he supported as a boy.  Michael Owen played for Liverpool - despite being a Man United player at the time.  Steven Gerrard, who had played the night before for England and was technically away on international duty, also made a brief cameo.

Jamie signed a new Liverpool contract, the day before new owners NESV took over the club in October 2010.  The deal kept the player at the club until the summer of 2012.

On the 28th November 2010, whilst playing out the final minutes of the game against Spurs at White Hart Lane - the player suffered a dislocated shoulder. Further scans revealed the player required surgery and would miss a large portion of the season.

Jamie Carragher announced his intention to retire at the end of the 2012-13 season, and his final game was against QPR at Anfield. The reds won the game 1-0 but Carragher almost saw his career end with a fairytale goal - a 25 yard shot pummelling the post in front of the Kop. 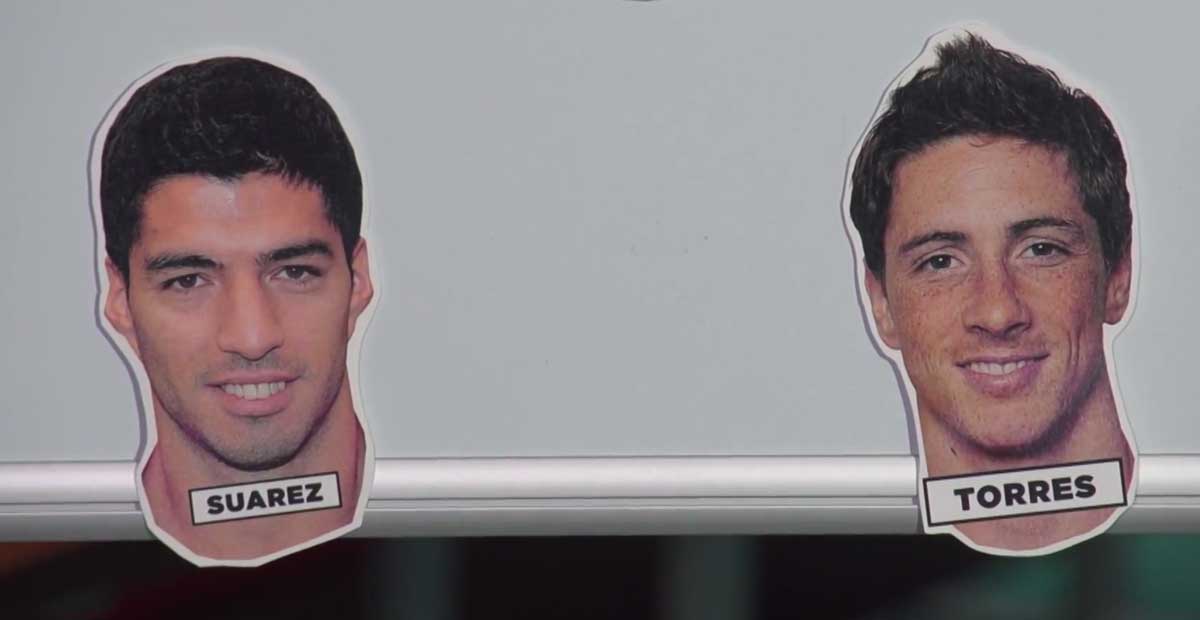 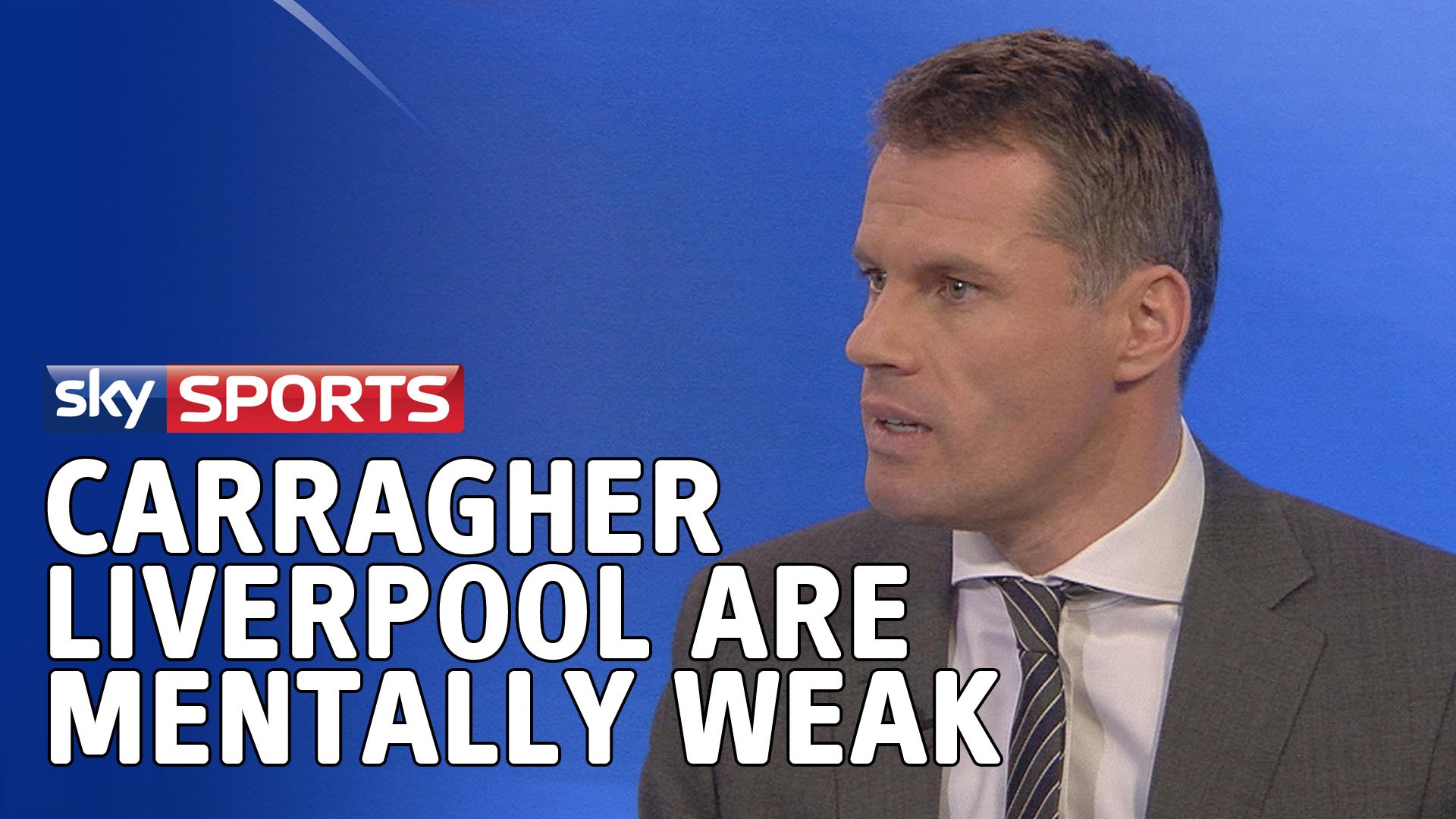 Jamie Carragher: Liverpool are mentally weak and have no leadership 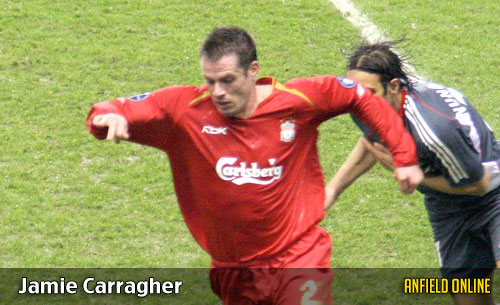 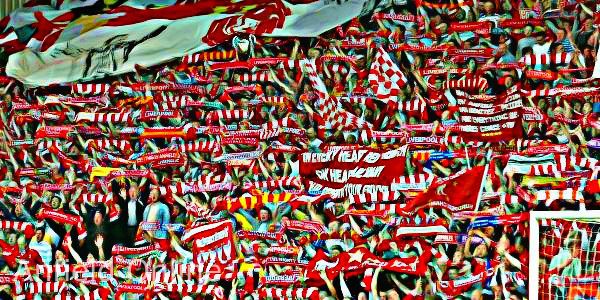 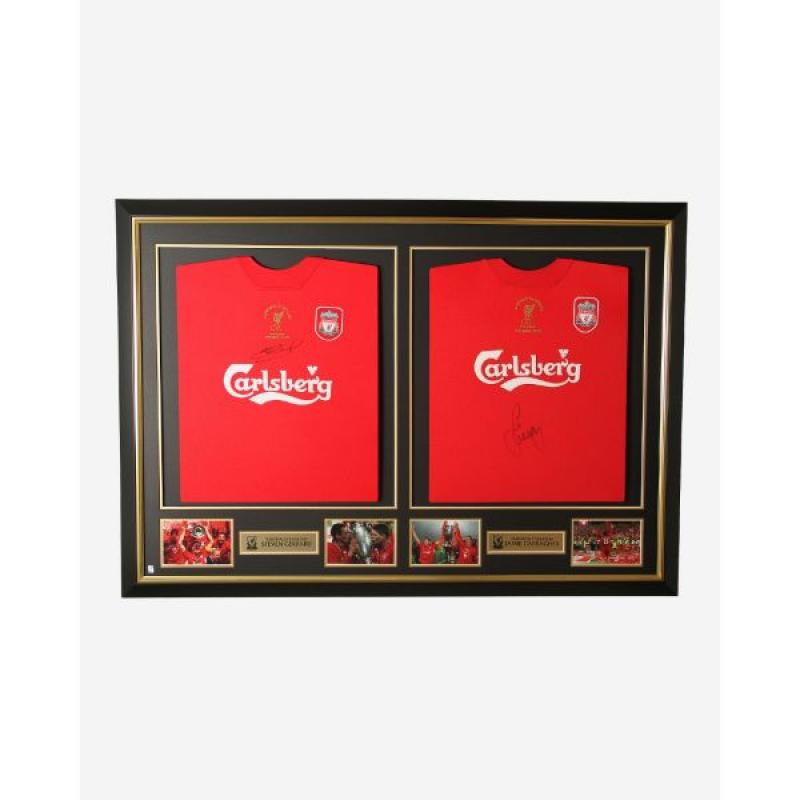 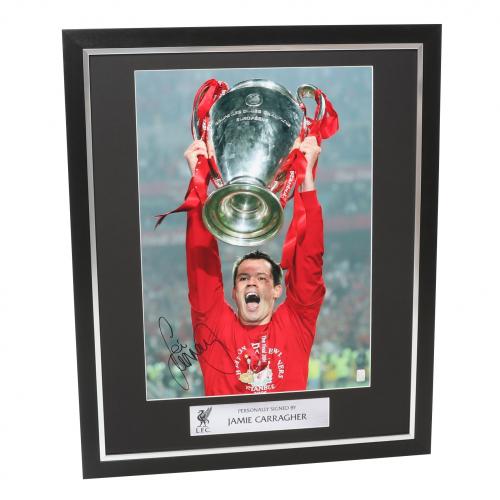 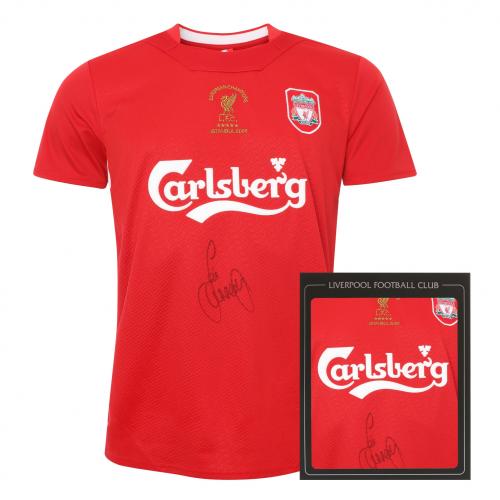 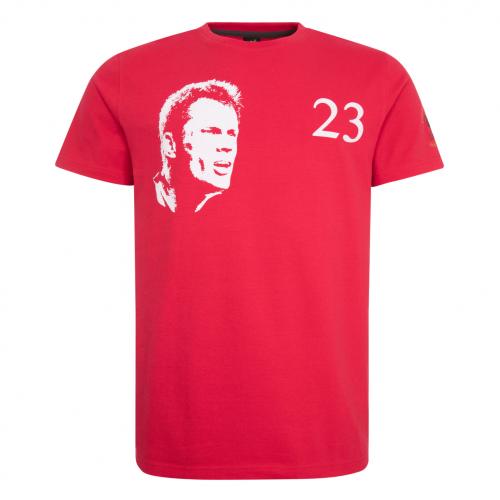 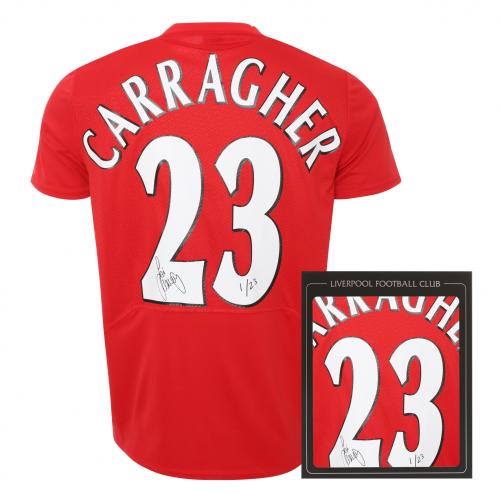 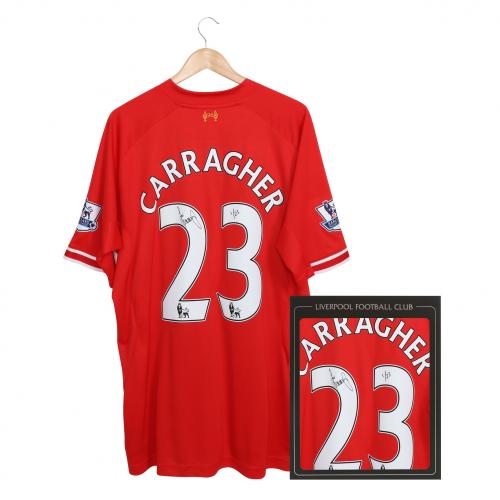