It's the 228th Merseyside derby and the reds face off against Everton in matchday 30 of the Premier League.

A top four place is still, just about, in Liverpool's hands and with Arsenal taking on Man City this weekend a win for Liverpool would be a big step in the right direction.

The reds were hit by an injury to Adam Lallana following his international duty, and Firmino and Coutinho were both late returners to training after their international exploits helped Brazil seal the first qualification for the World Cup 2018.

Liverpool can go level with Spurs in second place with a victory before the rest of the weekend's Premier League fixtures.

So two changes from our last game, two weeks ago.

Lovren in for Klavan
Lucas in for the injured Lallana. 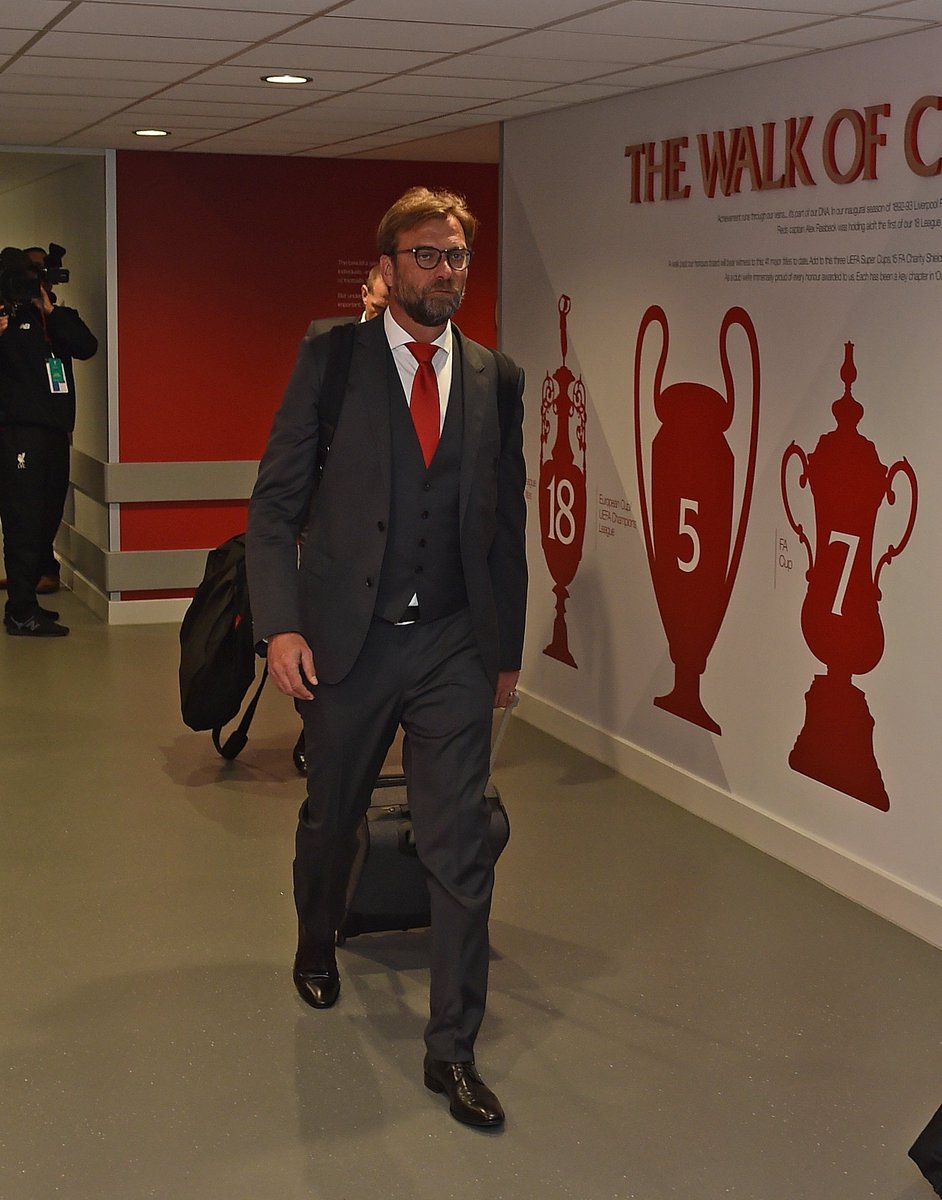 Liverpool's players will be preparing for today's game from the comfort of an upgraded dressing room - the Main Stand construction was completed in August but work on the interior of the building has been ongoing.

Today's Official matchday programme features a tribute to Liverpool legend Ronnie Moran who recently passed away at the age of 83.

There will also be a mosaic ahead of kick off in tribute to the man nicknamed 'Bugsy'. After a powerful rendition of YNWA the pitchside announcer speaks about Ronnie Moran's 49 years at Anfield - a minutes applause around the ground and another impromptu singing of You'll Never Walk Alone.

Ross Barkley with an ugly looking challenge on Emre Can, and not the first time he's been involved in these first few minutes.

It was a wonderful goal from Mane, after a quick give and go with Coutinho at the half way line, Mane ran through the Everton half and completely wrong footed the Everton keeper.

Great chance for Coutinho and it's an important save from Robles - Liverpool looking powerful at moving through the Everton defence.

Opportunity for Everton now who have a corner.

Jagielka gets his head on it but he heads it well wide.

Leighton Baines fires a free kicks straight into the wall.  And from the resulting play, Everton's 18 year old Tom Davies with a bad tackle on Sadio Mane.

He gets a yellow card - the first of this game.

Equaliser for Everton.  Matthew Pennington fires in from a corner in front of the Kop.

Ross Barkley leaves his leg in on a challenge on Dejan Lovren.  He picks up a yellow card - he probably should already have had a yellow card.

Will he manage to dodge a red card in another derby?

Another look at that Coutinho goal pic.twitter.com/62eMp2m6vc

The second half is underway at Anfield.

Liverpool down to 10 men temporarily - Sadio Mane struggling after a knock.  Stretcher on standby and Divock Origi preparing to come on.

Divock Origi on for Sadio Mane.

Nasty challenge from Ashley Williams on Emre Can.  He gets a yellow card as his studs rake Emre's thigh.

The German midfielder was in some pain and looked like he was being replaced by Klavan but is now back on the field.

Emre Can, clearly frustrated by the earlier challenge on himself, gets a yellow card for a late tackle.

Gareth Barry and Enner Valencia on to replace the inexperienced Tom Davies and Matthew Pennington.

Phil Coutinho goes off to a standing ovation.  Replaced by Trent Alexander-Arnold.

Jurgen Klopp is on the pitch, Daniel Craig in the crowd claps and it's all over and Liverpool have won 3-1.

Everton's wait for a win at Anfield this century continue.

Surely has to be Philippe Coutinho who was involved in all 3 goals and looks back to his best form.

With Lallana out - Liverpool will need an impressive Coutinho in the final 8 games.

Thanks for joining us.  A great win for the reds who equal their record dating back to 1978 of 13 unbeaten matches against Everton.

Liverpool move on to 59 points, level with second placed Spurs but Tottenham have two games in hand.

Either Arsenal or Man City (or both) will drop points at the Emirates this weekend so the reds have got a valuable win today.

Our match report will be added here