This was our live commentary on the Champions League Draw.

The Champions League draw is underway with Liverpool sitting proudly atop the rankings.

Eric Cantona on the stage to receive some award.

Goes on about science and stuff.

Weird.  Even weirder is the applause he receives.

Two reds up for potential awards

Alisson and Virgil at tonight's draw

20 minutes in and we've got one man behind the four pots.  Petr Cech.

This could take some time to get to meat of the action.

Not a surprise.  He's boss.

Draw about to start.. in stages

As well as country protection - Russia and Ukraine teams will also not face each other in the groups.

Liverpool pulled out of the hat

And we're in Group E.

Nobody to play yet.

About to find out who Liverpool's 'biggest opponents' will be.

Both Madrid clubs still in.

Inter are first out.  They can't face us because Napoli are in our group.

Inter go into the same group as Barcelona and Dortmund.

Here's the final clubs now coming out the bowl!

Our group is now complete - Italy, Austria and Belgium to visit this Autumn/Winter. 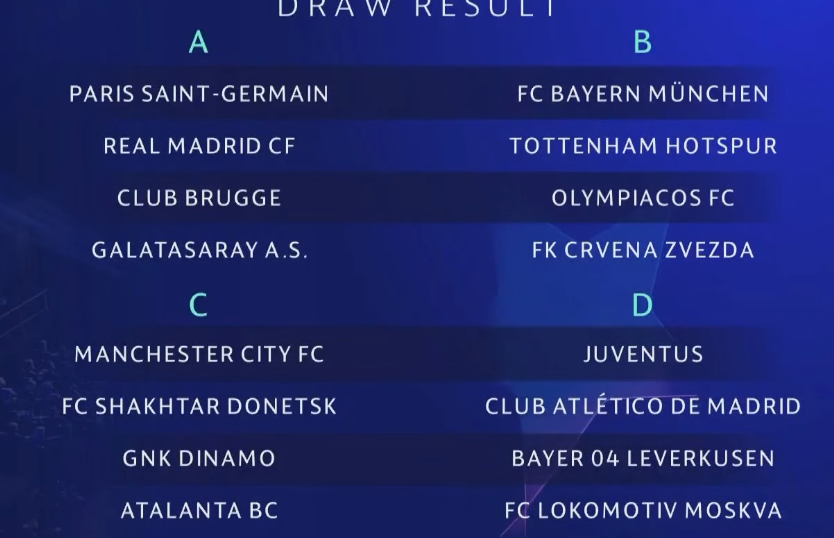 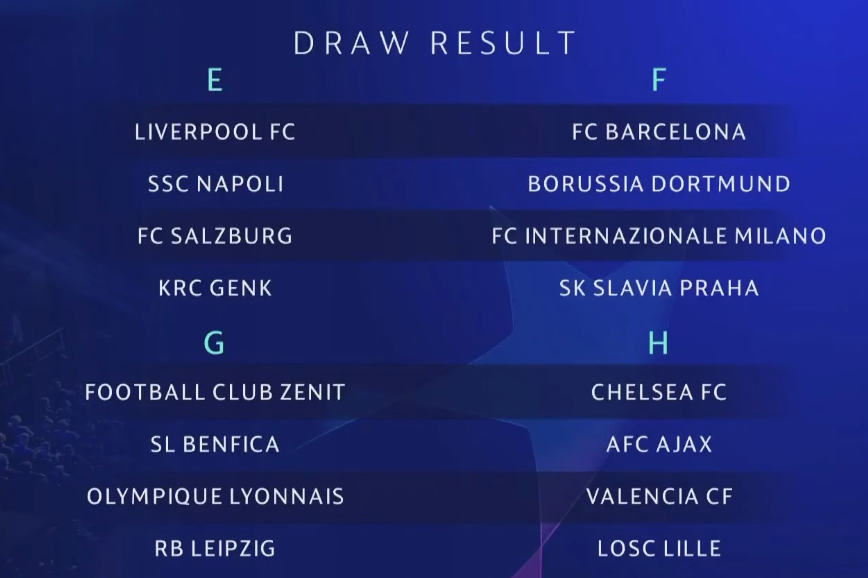 Should be published by about 9pm tonight UK time.

Not a bad group for the reds, but winning the Champions League, and being in pot 1 should confer some advantage after all!