Liverpool return to Champions League action on the day after qualifying for the 2020-21 competition.

Domestic matters on Monday night ensured that even 12 consecutive League defeats would not stop the reds finishing in the top four.

It is symbolic of the reds sheer power in England this year that they have achieved qualification inside February.

Even better to be returning to the Estadio Metropolitano - the scene of last June's majestic Champions League victory.  The moment that the doubters were finally confirmed as believers.

Atletico Madrid are in fourth place in La Liga, and whilst retaining their defensive displays so apparent under coach Diego Simeone, they continue to struggle with scoring.  They have had five 0-0's and four 1-1's domestically which has prevented them bridging the 10 point gap to Madrid and Barcelona at the top.

However, like Liverpool, Atletico have developed a strong European record over the past decade, and this was certainly not the most helpful draw that the reds could have been handed in the last 16.

This is the 5th competitive meeting between the two teams, and the first since April 2010 when, in Rafa's final European game as reds boss, Liverpool won 2-1 but were beaten on away goals in the Europa League semi-final.  Atletico went on to win the trophy.

Since the last time...

A lot has happened since our last Champions League game against Salzburg in December.

There's the fact we bought one of Salzburg's players. Our youth team lost in the League Cup, but won in the FA Cup. We played 10 Premier League games - winning them all.  Oh and we became the Champions of the World.

So it's here again - the Champions League knockout.

Can Liverpool reach a third consecutive Champions League final, or will Atletico put a big dent in Liverpool's plans. 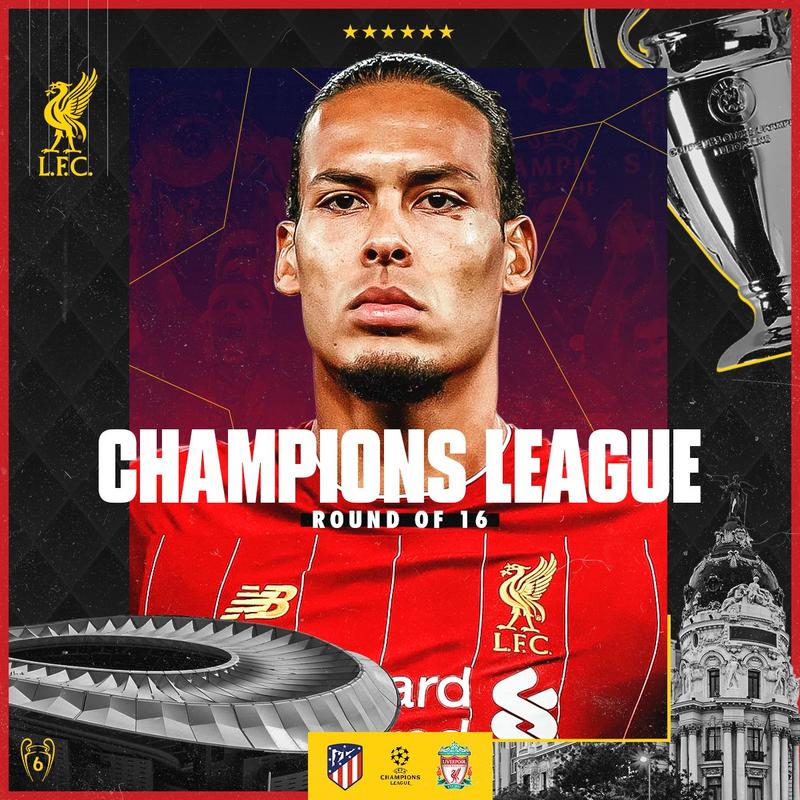 Two changes for the redmen.  Fabinho and Mane in, Oxlade-Chamberlain and Keita on to the bench. 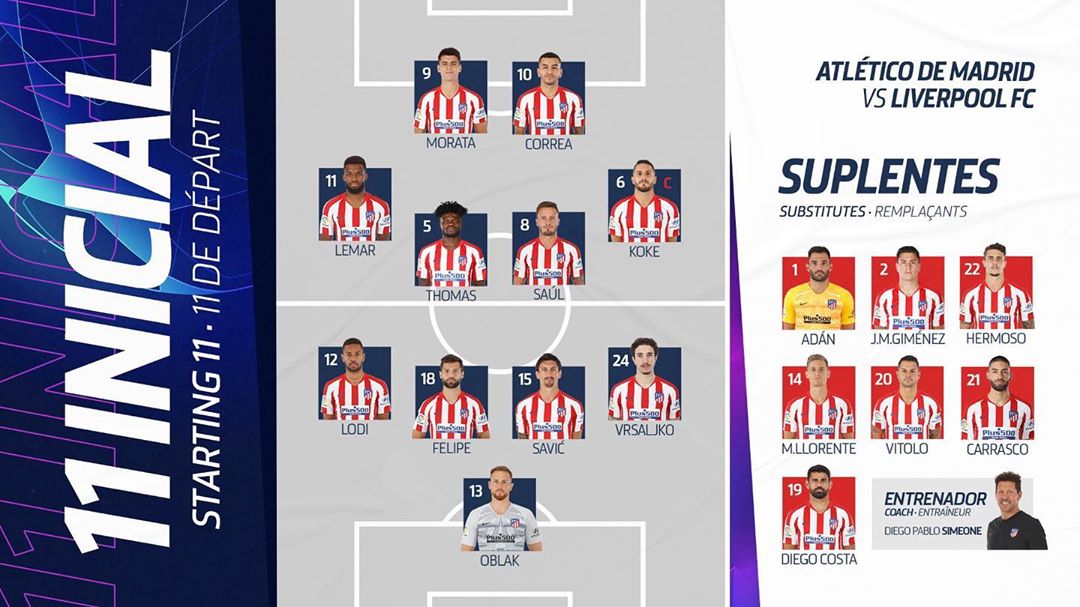 Atlético Madrid fans getting their players ready for this one ????pic.twitter.com/9x0aPD8xon

Liverpool with their gold badges on display.

5' Saul scores for Atletico. It's scruffy.

From a corner the ball lands in front of our goal and it's a toe poke home.

Since that goal its been all Liverpool.

But the Atletico defence is very VERY well organised.

26' Oblak gets away with a poor clearance.

Liverpool react, Salah puts it in the net but only after an offside touch by Firmino.

Accidental foul/push. Liverpool not found that way through yet.

Simeone has got these coached nicely.

The home team lead. Plenty of play acting from them since.

Liverpool with the majority of the ball but not worked Oblak enough.

We need some magic.

Marcos Llorente on for Thomas Lemar.

Origi on for Sadio Mane.

But Salah in space heads wide.

Should have worked the keeper.

68' Morata had a great chance there but slipped over by the penalty spot.

78' Diego Costa on for Atletico.

Advantage Atletico. They defended well and LFC tried to be too intricate.

Here's what the boss had to say - he collected a yellow card after being frustrated with one of the referee's (numerous) ridiculous decisions.

"It was not exactly what should happen but it happened. It was the fight we expected and the atmosphere we expected but I love so many parts of our game. It is only 1-0 down at half time and the second half we play at our stadium.

"We lacked in the final third. They defended with all they had - their defending in the box was incredible. When you are 1-0 down with a team like this who only want this kind of result - 0-0 would have been good for them.

"He [Sadio Mane] was targeted. It was clear. They wanted to make sure he got a yellow card. It is only half time but you need to be really strong as a referee in this atmosphere. Already in the first 30 minutes three of their players went to the ground I don't know what for. Nobody to blame. I am fine, 1-0 down at half time we have the longest half time break and we will use that.

"Welcome to Anfield. It is not over yet."