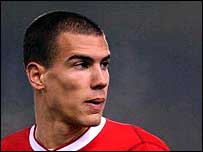 Luckily for the reds he was more than happy to hand out the ‘believe’ advice that has been the mantra of his career.

“When I heard I was the last Liverpool scorer at Stamford Bridge I felt proud. Playing for Liverpool remains a great source of satisfaction. I’ll be glued to my television on Wednesday.

“I was devastated when John Arne Riise scored the own goal. But John’s a strong man. I wouldn’t put it past him to score the winner at Chelsea. My advice to Liverpool is to keep believing. They’ve probably got a better side now than four years ago; I’m sure they can get a result.”

I note Bruno failed to suggest for which side Riise could score the winner.