Steven Gerrard has selected his side to take on Manchester United's U19's in the UEFA Youth League.

Liverpool had won their UEFA Youth League group - with the reds facing the youth sides of all the clubs the senior team met in the Champions League group stages.

The reds won their group comfortably with 5 wins from 6, and scored 18 goals - second only to Real Madrid in the competition, but now the knockout round is here - and there is no second leg for the youngsters.

Man Utd U19's finished level on points with Basel in their group, as they qualified in second place.

Ben Woodburn has been named in Gerrard's team as he faces a Man Utd side coached by former United player Nicky Butt.

The game is being held at Prenton Park this afternoon.

In the event of a draw at full time the game will progress straight to penalties.

Waiting for the winners will be an away trip to Manchester City.  They beat Inter Milan on penalties yesterday. 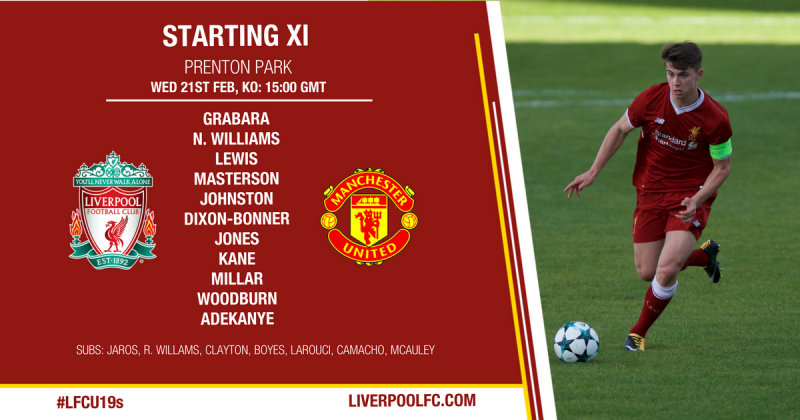