He first of all got the job of completing a new Liverpool contract, extending his time at the club until 2022, before the club announced the loan deal.

There had been interest in a loan move from Crystal Palace, but Klopp felt that at Hertha Berlin he would have a better chance to be involved in the first team on a regular basis. 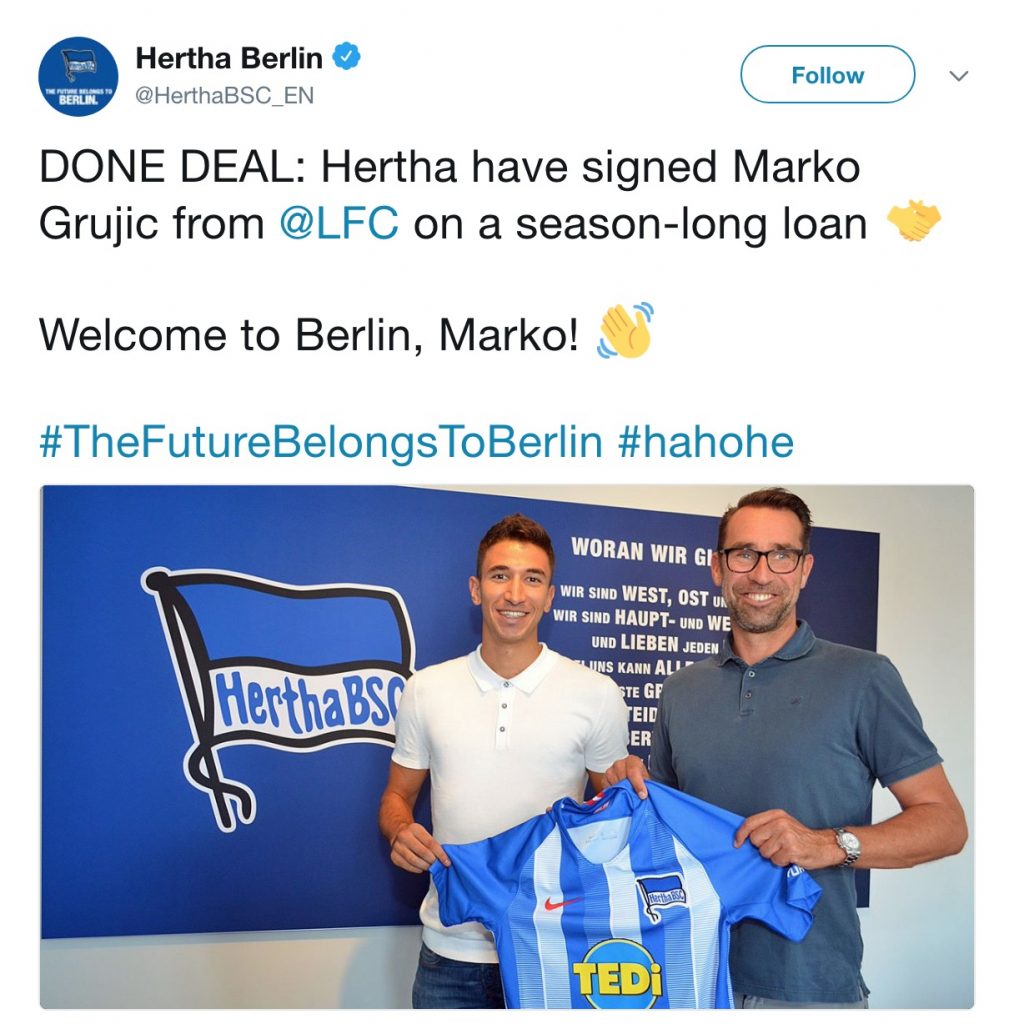 22 year old Grujic enjoyed helping Cardiff in their successful quest to return to the Premier League last season but decided not to return there this season.

He was utilised in Liverpool's friendlies this summer and is expected to return to the reds next summer and attempt to break into the first team on a more consistent basis.

He has made a total of 14 appearances for Liverpool in his two years at the club (although he was at Cardiff for half a season).  He also played 14 times for the Welsh side during that spell.

He also has 8 international caps and was a member of Serbia's 23 man squad at the World Cup earlier in the summer.