Liverpool FC have distributed around 5,000 leaflets to local residents in the Anfield area as they begin the first phase of a plan to increase the capacity at the stadium.

The two-tier Anfield Road end stand was rebuilt and completed in 1998, following the switch to make Anfield an all-seater stadium in 1994.  The existing stand currently holds around 9000 supporters but this is dwarfed by the new Main Stand which has a capacity alone of around 20,000.

The reds shelved initial plans to add around 4,000 seats to a new Anfield Road stand this summer, instead believing that something more ambitious could be possible.

There are hopes that a new Anfield Road stand could accomodate around 14,000 fans, which would make it a larger capacity stand than the one it faces - the Kop. 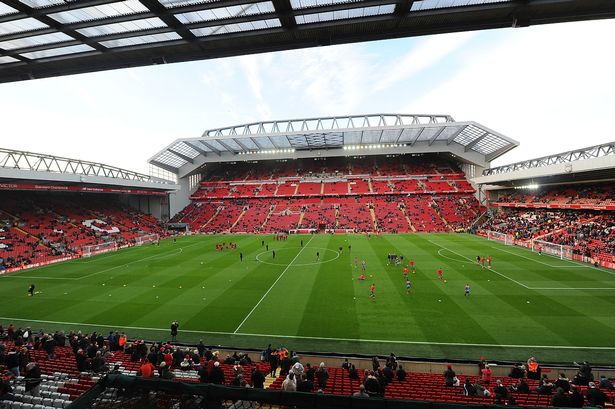 The Anfield Road stand (right) is dwarfed by the new Main Stand.

The leaflets delivered by Liverpool are to invite residents to a first stage public consultation to take place at Anfield between the 29th November and 4th December.

Alternatively, at the pop-up information stand at Anfield Road on:

The existing capacity of Anfield is 54,074 with the Main Stand providing a substantial amount of new corporate facilities to boost club income. The effective replacement of the Main Stand cost around £100M to complete, however matchday revenue has increased by over £20M per season compared to 2015.  This is in part due to more high profile Champions League games, however the majority is due to the increased capacity and greater hospitality offerings.

Liverpool have not released any further details on the expansion but this first stage public consultation will be an opportunity to test the mood of residents, specifically as the plan will likely impact on road access on Anfield Road.