The reds difficult start to the Premier League season continues with the Friday night clash at Stamford Bridge against a much improved Chelsea side. Last season was one to forget for Chelsea who having brought back their saviour Jose Mourinho, quickly realised they had to get rid of him. They started the season as Champions but by the end of October they were looking perilously at the Premier League trapdoor and the threat of relegation.

Jurgen Klopp had arrived at Liverpool in October and on Hallowe'en the reds became the 3rd team to win at Stamford Bridge in the league with a 3-1 victory.  A Coutinho double and a late Benteke goal helping the reds to come back from an early 4th minute goal by the Londoners.  The normal one conquering the special one.

Chelsea improved after Mourinho departed and Guus Hiddink replaced him till the end of the season.  Having lost an astonishing 9 games out of their first 16 they would only lose another 3 times in the final 22 games.

Their May trip to Anfield was Liverpool's last game before the redevelopment of the Main Stand accelerated.  That match ended as a 1-1 draw.  Benteke again with a late goal - this time to spare Liverpool from defeat.

In the end the blues finished 10th, a couple of places behind Liverpool in 8th.

The arrival of Italian coach Antonio Conte has continued their improvement in 2016.  The two sides met in the International Champions Cup friendlies this summer - Gary Cahill's first half header giving Chelsea a 1-0 win in Pasadena.

Chelsea won their first 3 games and dominated against Swansea but they only collected a point from the 2-2 draw.

Their start has been significantly easier than Liverpool - the reds have faced last season's top three already in the Premier League collecting 7 points from those games.  On the flip side, the reds disappointingly lost away at newly promoted Burnley.

Diego Costa has already got 4 league goals from 4 games - with Eden Hazard striking twice so far.

Chelsea were one of the big spenders in the league this summer.

Luiz is expected to make his (second) debut for Chelsea as he replaces the injured John Terry.

Mohammed Salah, at one time linked with Liverpool, was one of their departures - he headed to Roma.

Philippe Coutinho could get a chance to impress after he started on the bench last week.  It is likely he would replace Daniel Sturridge if selected - with Mane, Lallana and Firmino all impressive last weekend. Sadio Mane saw plenty of the ball on the right wing Sturridge, who came off with 15 minutes to go, didn't see quite as much of the ball.

Loris Karius has had a further week of training and it will be interesting to see if Mignolet is kept in the starting line up with the German keeper watching on patiently.

Neither side have been distracted by European competition this week due to last season's poor league finishing positions - allowing time for both managers to drill their players.

Chelsea are an improved side on the one the reds faced at Stamford Bridge last October - however Liverpool have looked more pacy and free flowing themselves over recent weeks.

A win for the reds would give them an impressive 10 points from their opening five considering the opponents faced whilst Chelsea will be aiming to maintain their undefeated start.

Both sides have plenty of ability in attack and question marks over their defence so we expect goals in this game and plenty of passion on the touchline!

Chelsea start as favourites at almost evens for tonight's game (5/4).  The reds are outsiders at 12/5.

From a Chelsea win viewpoint Diego Costa 1st scorer and 3-1 to Chelsea is at 50/1. 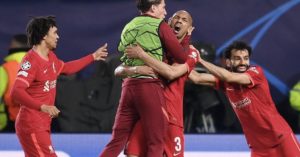