There has been plenty of reaction to last night's Liverpool victory which ended a difficult opening 5 game spell for the reds.

Liverpool now have 3 wins, 1 draw and 1 defeat in their opening five games - an identical record to the impressive 2013-14 season and only the second time in 8 years they have reached double figures at this stage.

And it came against 3 trips to Chelsea, Arsenal and Spurs and including a single home game against the current English champions.  The defeat against Burnley highlighted the reds occasional struggle in the less glamorous games, but on the positive side that game saw the reds dominate possession and even the chances.

3 points from Chelsea! 10 points from first 5 PL matches. Jurgen has a big hug for Henderson after perfect goal #LFC pic.twitter.com/N4e2R5kW3C

With Loris Karius now back from injury and patiently waiting on the bench, Simon Mignolet may have preferred a clean sheet.

Get in! We saw it through! Deserved 3 points and what a goal by our skipper @JHenderson #YNWA pic.twitter.com/YvPaAzud9v

The Liverpool captain looked pleased with his goal just after the half hour and posted the picture of him celebrating.

Great win tonight! Tough game but we kept going and got the 3 points! Great finish from @dejanlovren_6 Thanks for the amazing support again! #YNWA🔴

Divock Origi was a second half substitute - coming on to replace Daniel Sturridge who went off for some treatment in the 56th minute.

Got to love jurgens way of playing. High tempo, players working for each other. Fantastic result. Enjoy your night Reds.

What are plastic flags?

The fans were also handing out the praise across the team

If you looked at our fixture list before the season started and then looked at our points to date, you'd be be smiling. #Liverpool #LFC

Today again goes to prove Henderson isn't a bad player. Nor is he world class. But on his game he can be very good, and important to #LFC. 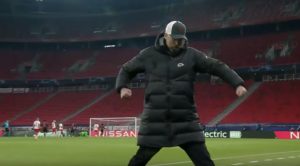 Champions League
Leipzig 0-2 Liverpool: European reintegration is the perfect tonic for the reds 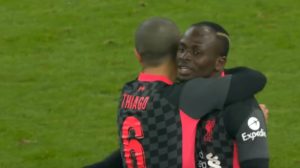