A look back at the season's opener

The first time Jurgen Klopp went to Carrow Road his glasses were smashed in a melee when Adam Lallana’s injury time strike secured a 5-4 win.

Just three months into his tenure as boss, the performance that day was more ‘free jazz’ than the fine-tuned heavy metal football we’d see rolled out in the subsequent years. On Saturday evening a post-modern Klopp showed up at Carrow Road without his glasses to see his team cruise to a 3-0 win with a routine that wasn’t heavy metal, but not quite unplugged either.

“Football is back,” said the manager in his post-match interview. After a season-and-a-bit of plague football this was the real deal. A stadium full of fans and a defence marshalled by the returning Van Djik, who spent most of the game strolling around, resembling a bear just awakened from a long hibernation, occasionally slapping a pinpoint 50 yard cross-field pass to remind us of times gone by.

Even post-slumber version Virg, his importance cannot be overstated: Liverpool have lost eight out of the 96 league games in which Van Djik has played, and eight out of the 34 in which he hasn’t. The bear is back. 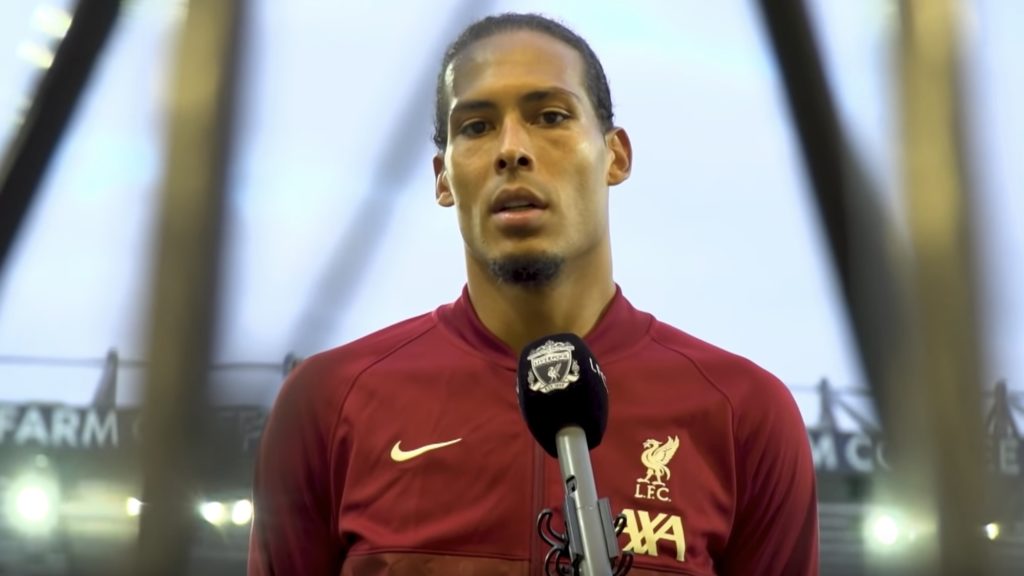 Norwich hadn’t beaten Liverpool since Jeremy Goss scored the only goal at Anfield on the last day of the old Kop stand in 1994, and it never looked like happening here. There was a hunger to press and receive the gifts on offer from a side who didn’t lack the courage to play through the press, but at times the precision to do so.

Salah sizzled, crowning himself King of the Opening Day, scoring for a record fifth in a row and bagging two assists for the three million odd fantasy football managers that handed him the armband. He has now scored 98 goals in just 159 Premier League games, sandwiched between Matt Le Tissier and Emmanuel Adebayor on the all-time list.

Much of the pre-season grumbling about a lack of transfer activity centred around the midfield, depleted by Gini’s exit, but that too was allayed. No Hendo or Thiago in the squad and Klopp starts with a bloke who made his league debut four months before the Iraq War started. And after giving his all for 776 more senior games, James Milner looks like he’s got more yet to give, pinging balls from his quarter back position like a 2014 model Gerrard. Add a solid outing from Keita, the introduction of Fabinho, a cameo for Elliott and Liverpool start looking stocked in the middle.

Even Tsimikas put forward a passable impression of Andy Robertson for 70 minutes before tiring- it was that sort of day. Sterner tests await, however, starting with a more meat and potatoes back vs forwards affair against Burnley on Saturday.

Last time Liverpool played Norwich in the opener they went on to win 25 of their next 26 games en route to the title. They may not emulate that loftiest of runs, but there was enough to suggest this team has rehabilitated after the winter shell-shocking that saw them fall away to end last season 17 points off the pace.

At the time of writing the reds are third favourites for the title. No major attention coming their way, not just yet. But after a summer punctuated by penalties and a reminder that Italians are quite good at playing this football thing, Liverpool showcased enough of the old muscle memory at Carrow Road to suggest similar and make you think- maybe, just maybe…