Liverpool are aiming for another victory to maintain pressure in the race for the Premier League top four.

With Manchester United dropping two points yesterday against Everton and five other games tonight Liverpool whill hope to go though the 60 points barrier in the League.

The reds are without Sadio Mane - a player who may be missing for the rest of the season and the reds do not have a good record this year - with just one competitive win in the 9 games he hasn't been in the matchday squad.

Bournemouth came from 3-1 behind to beat the reds 4-3 earlier this season in one of only 5 LFC defeats to date.  Klopp's men will be keen to avoid a first 'double defeat' of the campaign.

Liverpool are currently on 59 points from 30 games.

Clear progress in the Premier League - but will progress continue so the club can qualify for the Champions League?

The Team news is in

On the bench for the reds

Jordon Ibe marking his return to Anfield for Bournemouth. Brad Smith is on the bench. 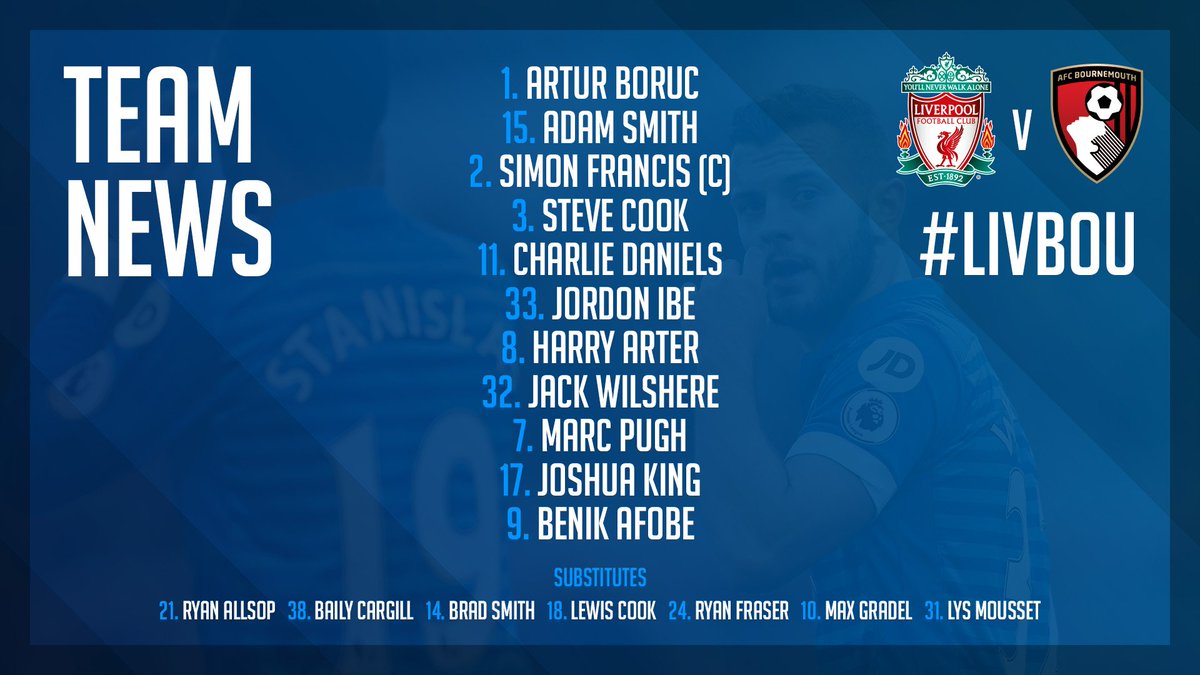 Back in December when the reds lost 4-3 at Bournemouth the game turned when Ryan Fraser came on in the second half for the Cherries.

He won a penalty before scoring one for himself in his opening 20 minutes on the pitch.

He starts from the bench again tonight.

Klopp has re-iterated his message from yesterday on Sadio Mane saying that he doesn't expect the winger to play another game for LFC this season.

Dalglish in The Kop tonight!

Kenny Dalglish on The Kop pic.twitter.com/jbmfazjy0J

Early chance for the reds, Firmino shoots and it's a corner. Lovren goes close from the corner.

Bournemouth take an early lead.  Afobe puts it away after a poor backpass from Gini Wijnaldum.

Origi tries a long shot - goes to the right hand side of the goal.

Wijnaldum's turn to have a shot that forces a save.  Emre Can involved in plenty of LFC's forward movement here.

Spell of pressure from Liverpool who have a couple of quick corners before an offside is given against us.

Midway through the half and the reds have yet to get themselves back into this game.

Coutinho with the equaliser to make it 1-1.

Origi header to Firmino - through ball to little Phil who scores.

Early mistake from the reds allowed Afobe to score in the 7th minute, before Origi, Firmino and Coutinho combined to level just before half time.

Second half underway at


Before the game there was a tribute to the victims of the Hillsborough disaster. This game being the closest Anfield fixture to the anniverary on the 15th April. 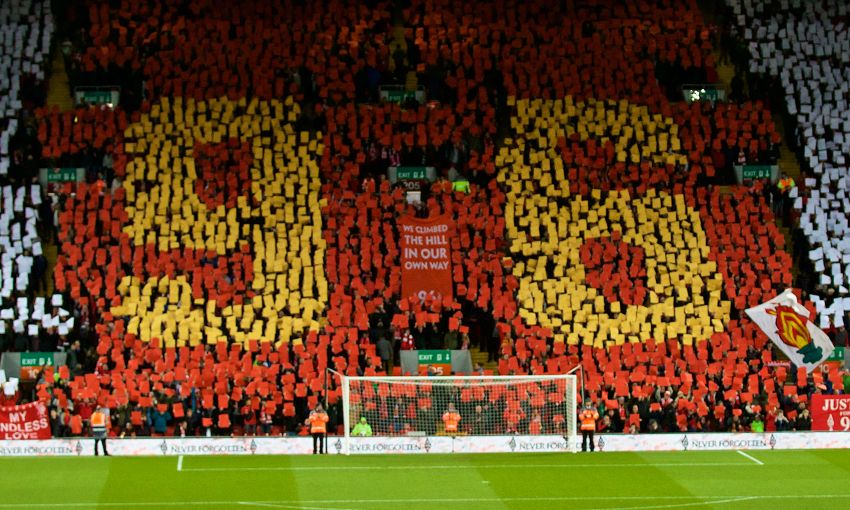 Positive start from the reds.

Clyne smashes one at the BAR and then Origi sees a shot headed away at the edge of the 6 yard box.

Wijnaldum crosses from near the touchline and it's DIVOCK ORIGI to score yet again!

Ryan Fraser on for Jordon Ibe.  See our posts earlier this evening!

Coutinho replaced by Matip - and Coutinho heads straight down the tunnel.

Divock Origi's goal tonight means that  he is LFC's most lethal goalscorer this season.

That was his 6th Premier League goal with 4 more in other competitions.

A goal every 161 minutes played.

Arsenal heading for a win and Spurs have just equalised against Swansea.

Into the final 15 minutes - Spurs have turned the game around elsewhere - them and Arsenal both collecting 3 points.

Can Liverpool now do the same?

2-1 up and despite the substitution no sign of taking their foot off the gas.

Plenty of graft from the likes of Lucas and Origi - winning back the ball, holding up play.

There's a scramble in Liverpool's area and Joshua King puts in the back of the net to make it 2-2.

4 minute worth of it coming up.

Disappointing two dropped points by Liverpool.  Mistake that allowed Bournemouth to take the lead and a bit of a silly equaliser to concede late on - especially as the reds had done the hard work of getting themselves in front.

Thanks for joining us. Our match report will be up shortly.