Liverpool welcome Man City to Anfield as they aim to end a poor run of form at home.

The reds have yet to score at their home this year, and after a long undefeated league run lasting over 3 years, the club have now lost two consecutive matches on their own patch.

The chips are certainly down for the Champions and the recently deposed Champions are making a solid run for this season's title.

City already have a seven point lead on the bruised and battered reds, plus a game in hand, and there would be a long road back if the reds can't improve their fortunes in today's game.

Much has been made of the huge defensive injuries faced by Liverpool - and the prospect of one or two of the new additions being thrown into the fray is likely to make Pep Guardiola the more confident of the two managers.  Away from defence, the reds have been missing Jota, Mane, Alisson, Fabinho and Keita for recent matches and will be hoping for some recovery from at least a couple of those names.

Can Liverpool summon the spirit of the Champions or will Man City place one hand firmly on the 2021/22 Premier League title?

The game will be moved from Germany - to Hungary - due to coronavirus travelling restrictions in Germany.

The match will take place in Budapest's Puskas Arena on the same date of 16 February at 8pm.

Man City have won their last 13 games in all competitions - a run that has catapulted them all over the early season leaders of the Premier League - Everton, Southampton, Spurs and Liverpool.

The less said about Liverpool's post Christmas form the better.

It is far from pretty and despite two good wins away in London the week before last - the reds were dismal in their home defeat against Brighton a few days ago.

Man City will have all the motivation they need after the reds stormed over the horizon with the Premier League title.  Man City haven't won here for 18 years but Liverpool's poor form, injury crisis and the lack of supporters in the stadium, could give Guardiola's men all the advantages they need. 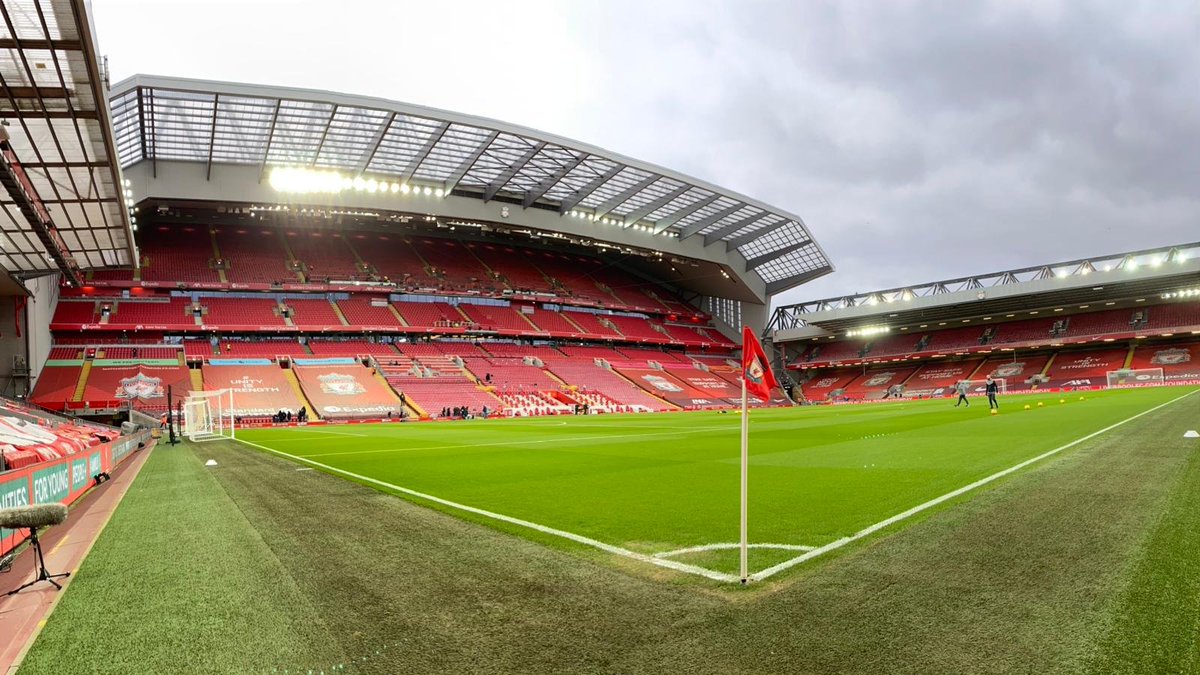 Klopp on the new defenders

Jurgen had suggested that the new defenders could feature in this starting line up in his pre-match press conference.

Ozan Kabak is on the bench.  Ben Davies, who was in the squad in midweek, does not make the substitutes line-up.

"There was no chance of them starting. They had four sessions together - we had options so it was clear we would start with the more settled pairing."

3' You guessed it.  Thiago goes into the book.

18' It's been a battle of two teams seemingly confident with the ball at their feet.

Both sides enjoying periods of possession play without offering up too much threat.

Not much goalmouth action yet in this clash of the Premier League's last two Champions.

22' Nice driving run from Wijnaldum, shakes off Foden who falls to the ground in a heap.

But there's no movement in front of him.

Liverpool just not pressing like we are used to seeing from them in the past few seasons.

24' Lovely work by Trent and he gets the cross in, Mane at the near post, heads over.

28' Ilkay Gundogan delivers a free kick... that goes out for a throw-in.

He's been better than that in recent weeks.

29' Good hit by Firmino that Ederson punches over.

Ball came loose and Firmino reacts quicker to chase it down before connecting to it well.

Needed a lot to beat the keeper.

30' Foden was almost away there on the counter-attack after a missed tackle by Thiago.

But Curtis Jones had the pace to win it back.

33' Nice spell for Liverpool.  City making a couple of mistakes in controlling the ball.

Liverpool at least making a better fist of this than some recent games.

37' Raheem Sterling buys himself a penalty by leaving the leg in.

But Gundogan skies it!

44' LFC free kick, taken by Thiago, deflected over for a corner.

Both teams have seen plenty of the ball.  Chances probably slightly in Liverpool's favour - however Sterling had won City a penalty that Gundogan promptly put into The Kop.

49' Gundogan reacts quickest to put the ball in the net.

Foden inside the area and his shot is only parried by Alisson into the feet of Gundogan who pokes it in.

55' Jones fed the ball by Firmino and shoots from outside the box.

Goes over the bar.

58' Lovely ball from Trent to the opposite wing and Curtis Jones works his way into the box.  Shot tipped round the post.

62' Mo Salah brought down by Dias.

63' SALAH smashes that into the net.

68' Milner and Shaqiri on to replace Curtis Jones and Thiago.

72' John Stones puts the ball in the back of the net at the end of the free kick but the whistle goes for offside and it's confirmed by VAR.

73' Two poor clearances from Alisson put Liverpool under huge pressure and he hits the second straight to Foden who passes it across to Gundogan who fires in.

77' Alisson's done it agian.  Passes it straight back to Bernardo who flicks it over to Sterling to make it 3-1.

83' That's a fine hit.  Phil Foden cuts in from the corner of the box and smashes that left footed in the top corner.

86' Andy Robertson replaced by Tsimikas for these final moments.

A competitive affair up until Alisson made two massive mistakes to effectively hand City the game.  Foden then drills through the keepers arm for their 4th and that's Liverpool's 3rd defeat on the bounce at Anfield.

That unbeaten run seems a long long time ago now.