Liverpool were draw in Group E in the Champions League draw earlier this evening, handed one of the lower-ranked top seeds Spartak Moscow and La Liga side Sevilla who beat the reds in the 2016 Europa League final.

The reds will also face Maribor for the first time in the clubs history.

Liverpool last played Spartak Moscow 15 years ago, in the 2002/03 group stage of the Champions League.

Spurs and Liverpool were both in pot 3 for the draw but there is no doubt that Tottenham were handed a trickier group - they will face Real Madrid and Borussia Dortmund, alongside APOEL of Cyprus.

Man Utd were also 'lucky' in the draw.  They face Benfica, Basel and CSKA Moscow.  Celtic come up against Bayern Munich and PSG. 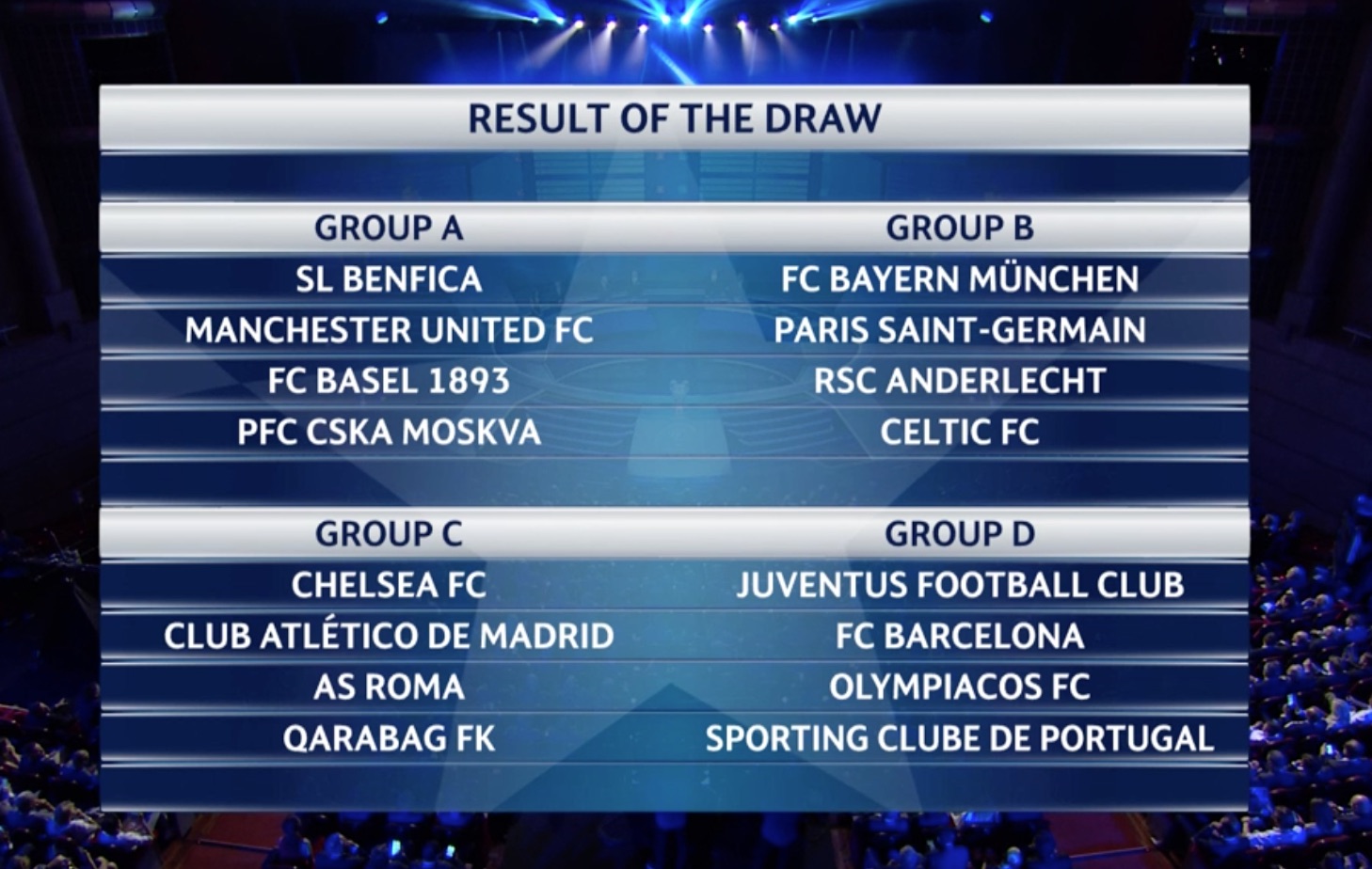 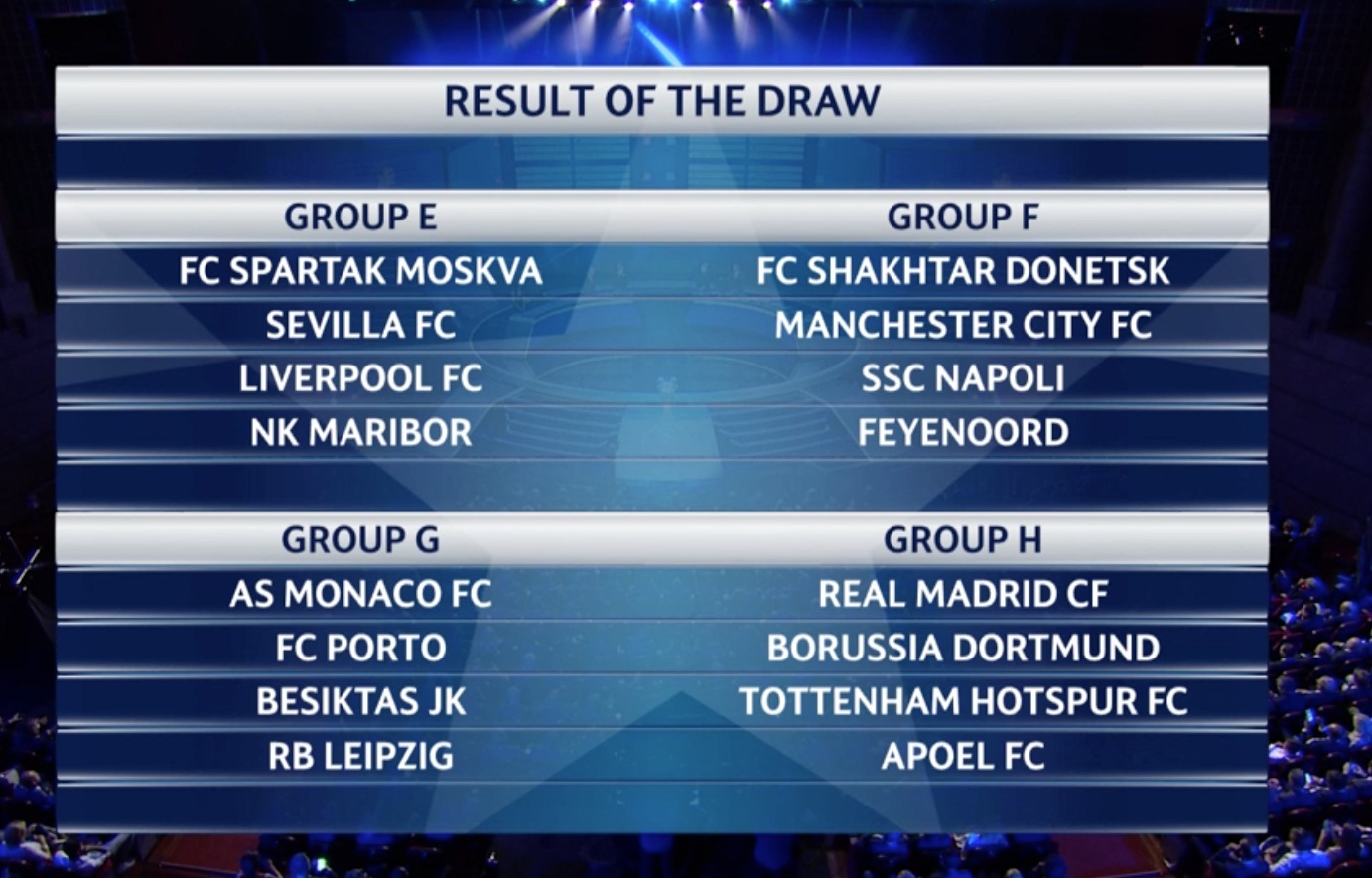