Liverpool have launched the brand new home kit for the upcoming 2018-19 season.

After the huge success and popularity of the existing kit, the 'reds' have retained the darker red pepper colour used in the existing 125th anniversary strip and will launch the new kit alongside their new campaign 'This Means More'.

The kit is available for pre-order now with an official launch date set of the 11th May 2018. 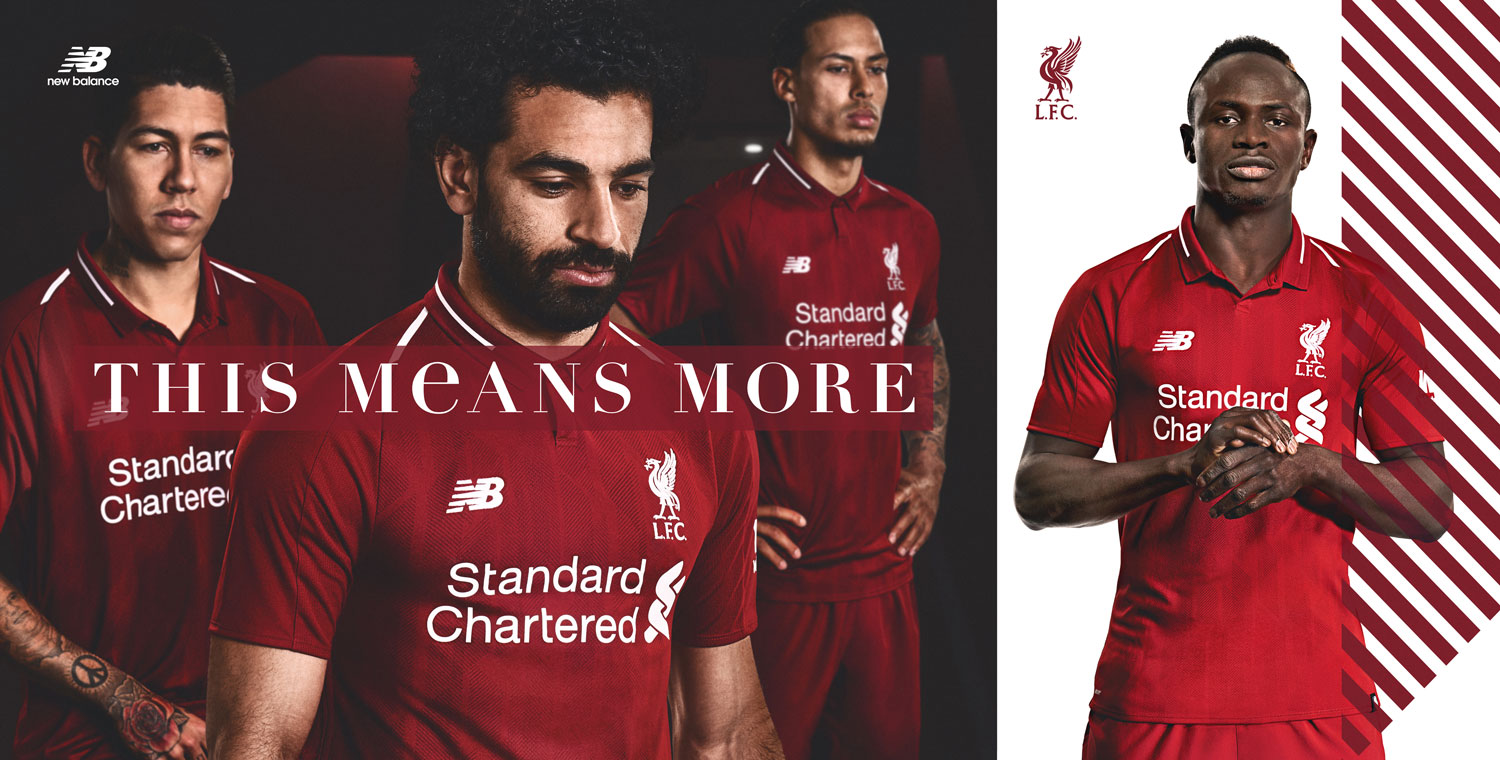 The 2018-19 kit reintroduces a button polo-styled collar that New Balance will give the shirt a lifestyle look - making it more wearable for the fans.

The 96 emblem remains on the nape of the neck and the design features white flashes across the shoulders, a slightly retro look not too dissimilar to some of the classic kits in the 1980's. 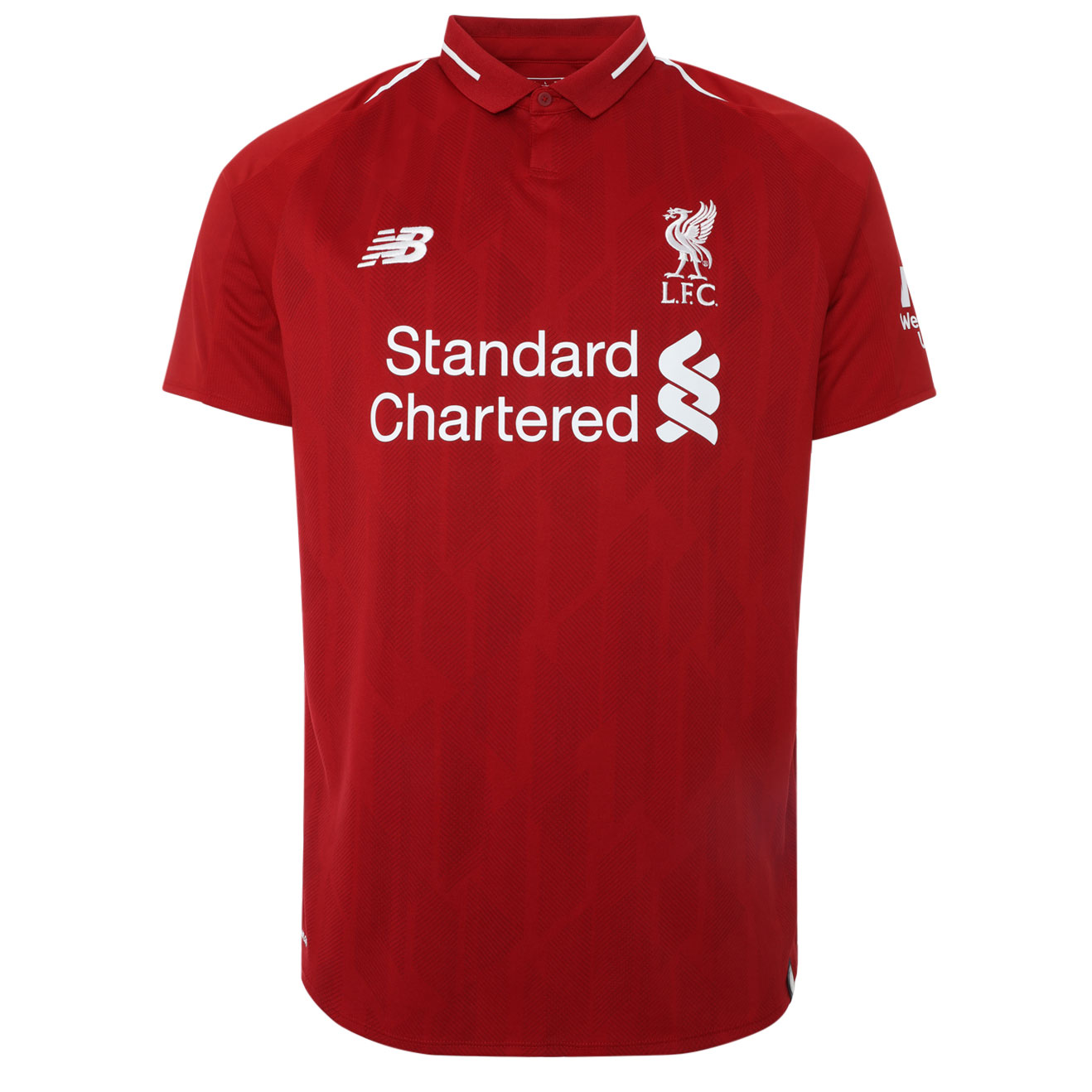 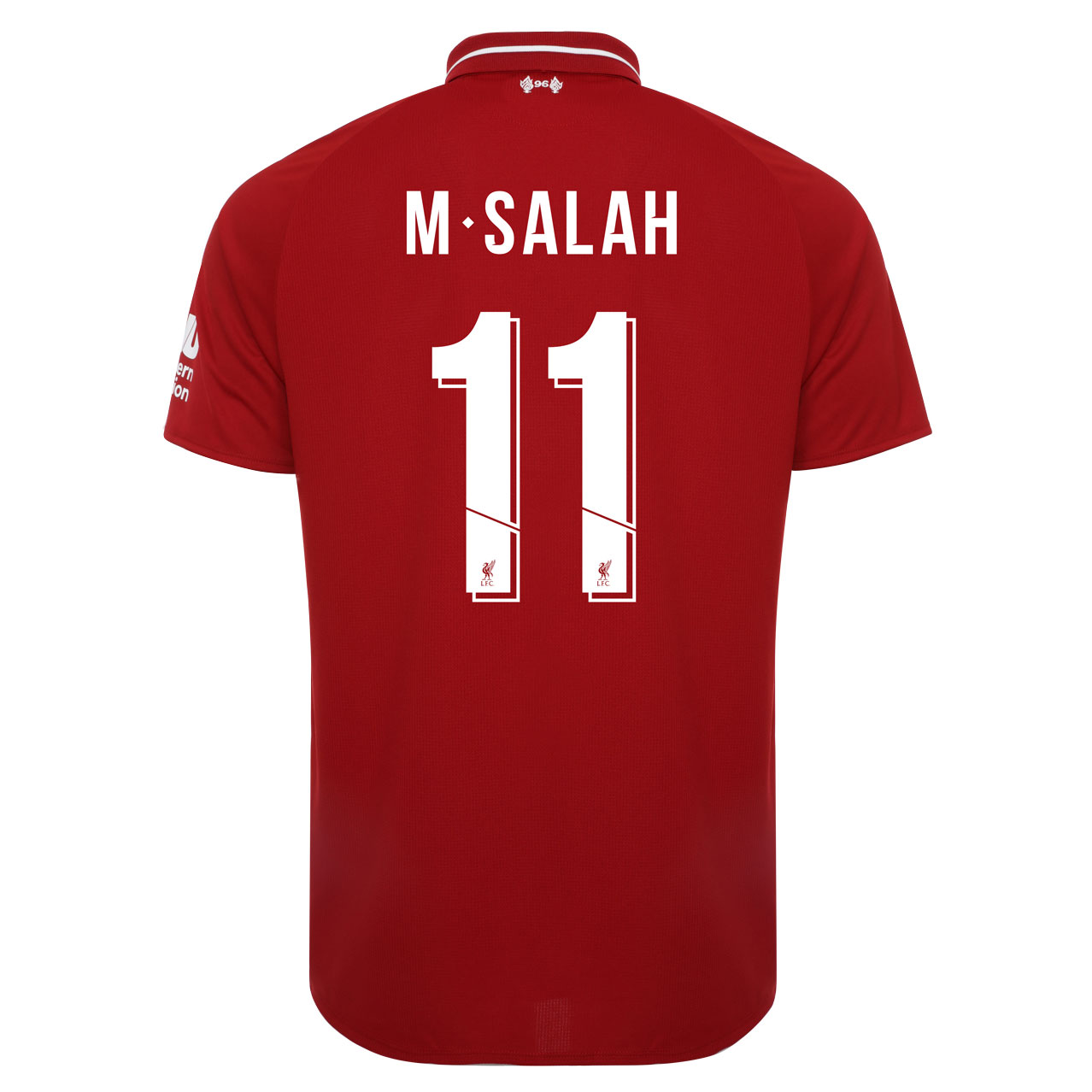 The club have also introduced an optional new LFC style name and numbering typeface which will be cheaper than in previous seasons.  30 of the clubs fans who pre-order will receive their kit free of charge.  Liverpool are also donating 125 shirts to local Anfield schools.

Fans who pre-order the home kit will receive a £10 LFC retail voucher as well as a certificate of authenticity.

The campaign draws on the fact that Liverpool does not consider itself to just be like any other football club - with a strong connection between the club and supporters.