Liverpool FC have opened their first stage public consultation on their plans for an expanded Anfield stadium.

The new design for the Anfield Road end will involve the expansion of approximately 7,000 seats taking the total capacity of the home of LFC to 61,000.

The new stand is similar in profile and height to the existing Main Stand and will dwarf the stand at the opposite end of the ground, The Kop.

The designs and sheer size of the stand would effectively end Anfield Road as a thoroughfare to vehicle traffic, with a section of the road closed to vehicles behind the stand.  Pedestrian and cyclist access would however be retained.

Estimates of the total cost would be in the region of £60M and would likely be paid out of existing LFC capital.  The club is in the process of signing new kit deals with Nike and has enjoyed a number of seasons of Champions League money as well as relatively minor transfer expenses over the last 12 months.

“We are working towards creating an expanded Anfield Road Stand which will see around 7,000 additional seats. The majority of these seats will be for general admission use and we expect some seats will be allocated for a sports bar/lounge-type hospitality in order to ensure the economic viability of the expansion. Further profiling is needed and we expect to provide more detail at the second-stage consultation early next year.

The drop in events, aimed at discussing plans with local residents, gets underway from today.

There is a possibility of naming rights being used for the stand to bring in extra income which could prove controversial for the clubs supporters.  This has not been utilised so far with the Main Stand as it already brings in substantial commercial income through it's executive boxes and hospitality. 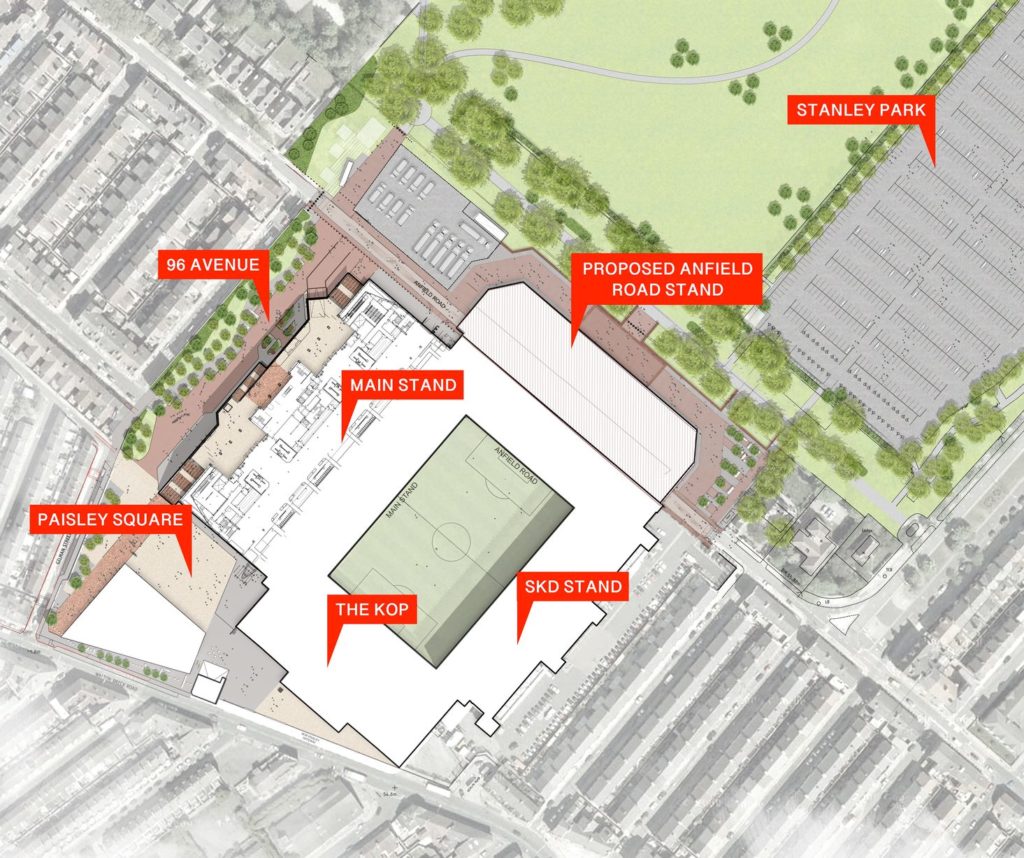 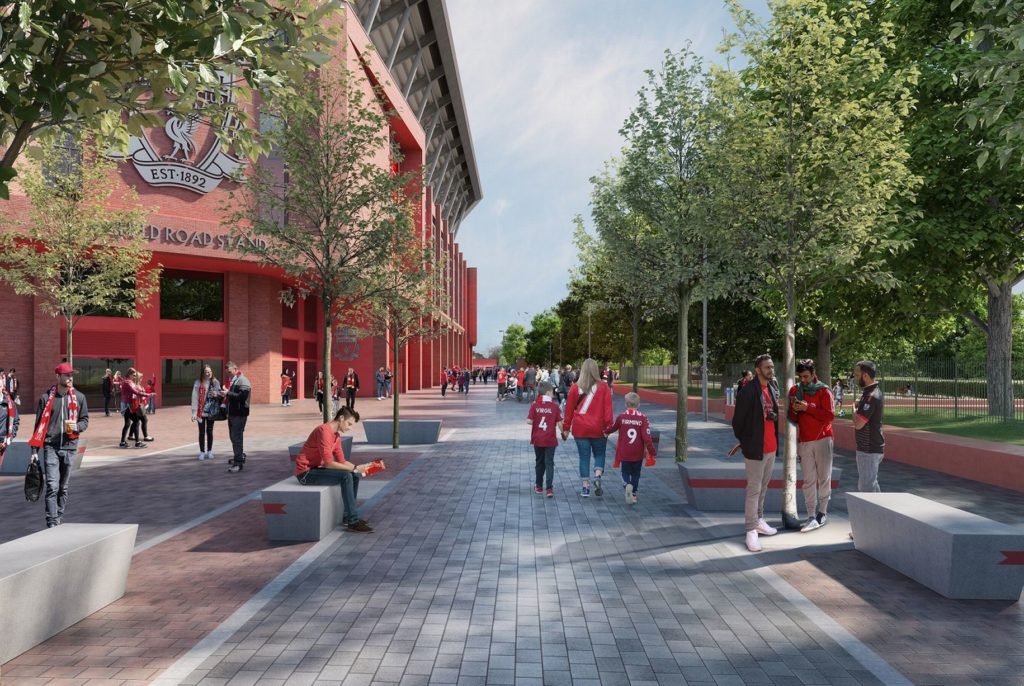 Outside the New Anfield Road

One comment on
£60M Anfield Road expansion would see capacity raised to 61,000