Liverpool have unveiled their much leaked third kit for the 2020/21 season.

With the reds due to get the season underway tomorrow evening, albeit at home, they have unveiled their alternative strip for the upcoming season which is available from stores on Tuesday.  Nike have enabled pre-order already on their website.

The black/grey (anthracite) chequered shirt is, say kit manufacturer Nike, 'heavily influenced by the array of chequered flags and banners that decorate the Kop each home game during European competitions'. 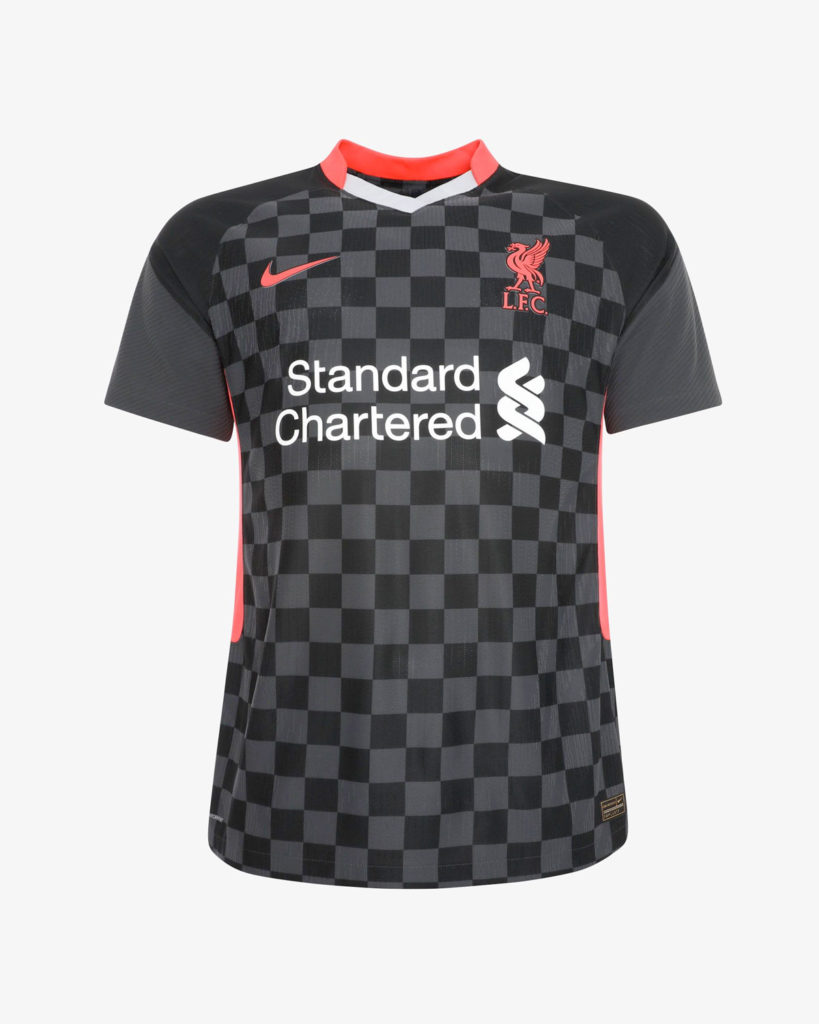 The introduction of a third kit over recent decades was originally proposed as a European away shirt but is now used across all competitions.

A Liverpool fans group, instrumental in helping organise flags, mosaics and fan movements at Liverpool, was involved in Nike's promotion of the new third kit.

The kit features traditional red detailing and there is a vapor players version kit also available for those with a more footballer shaped physique.

A training range connected to the third kit will also be launched later this month as well as Nike unveiling Air Max trainers in the third kit colours. 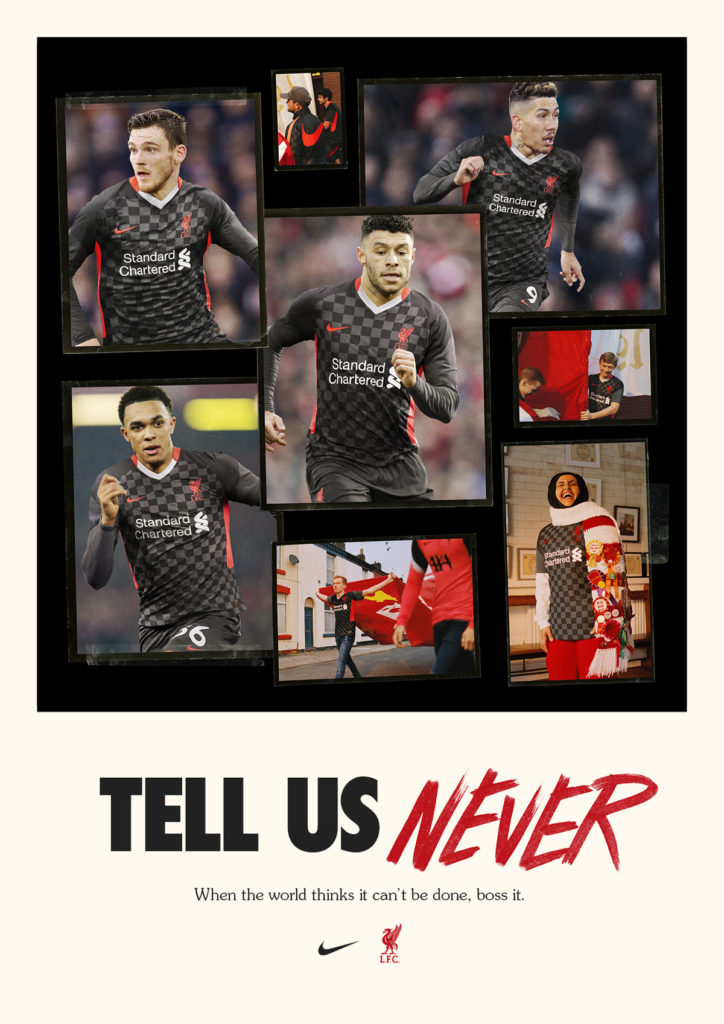 Pre-order now available from Nike and it will be available in shops and for general online ordering from Tuesday 15th September 2020.