Jurgen Klopp has signed a new Liverpool contract, extending past his current contract that was due to expire at the end of 2024.

His assistants, Pepijn Ljinders and Peter Krawietz have also extended their deals with the club.

The Liverpool manager joined in 2015 and has undergone an historic transformation in the clubs fortunes, securing a 6th European Cup and ending a 30 year wait for the English title.   He has also picked up a League Cup, a UEFA Super Cup and a World Club Cup in recent seasons.

The reds are currently in their third Champions League semi-final in five seasons, and are chasing what would be a historic quadruple.

"There are so many words I could use to describe how I am feeling about this news... delighted, humbled, blessed, privileged and excited would be a start.

"There is just so much to love about this place.  I knew that before I came here, I got to know it even better after I arrived and now I know it more than ever before.

"I have to ask: Is it right for Liverpool that I stay longer?"

The manager signs a new four year deal keeping him at the club until the summer of 2026. 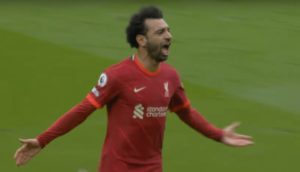