Virgil van Dijk was the Liverpool hero last night - when he rose highest to smash in the 84th minute header and winner in the 230th Merseyside derby.

It was a deserved result for the reds who were facing the potential of another frustrating 1-1 against their nearby neighbours.

Liverpool, without Philippe Coutinho and Mo Salah, were facing Everton for the second time in a month at Anfield but the visitors displayed a slight increase in their attacking prowess compared to the last game. 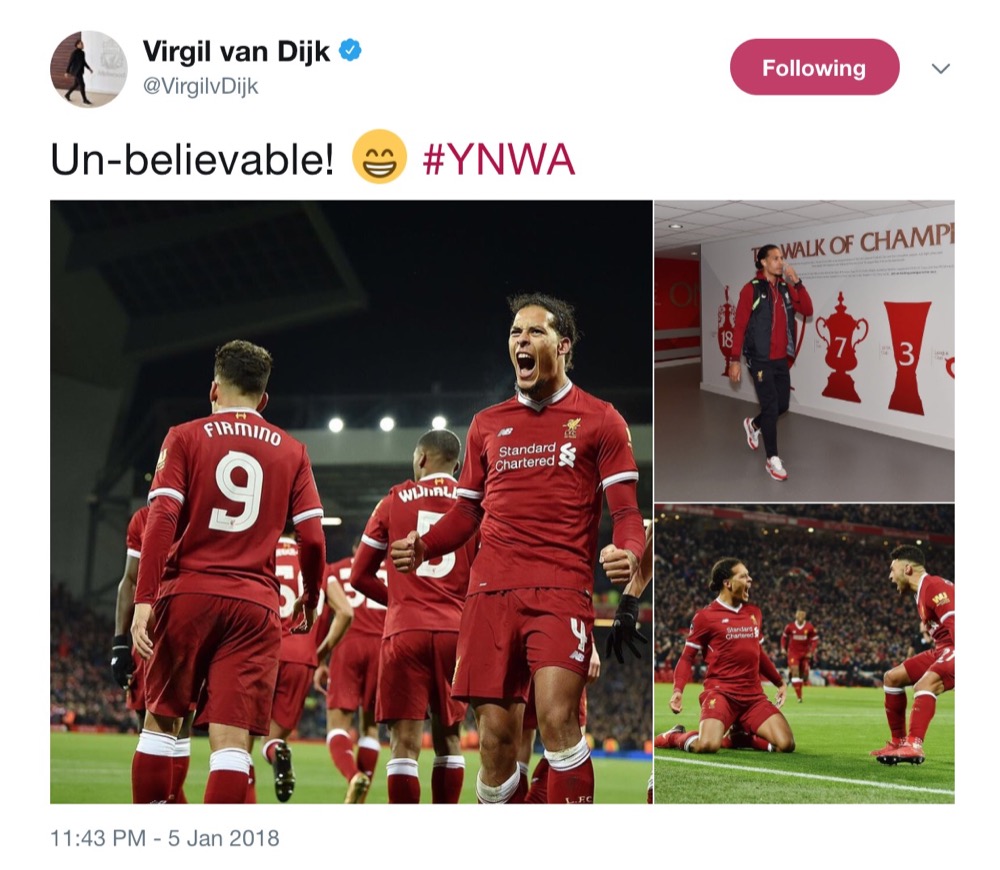 There was also more needle to this game.  Within minutes Wayne Rooney had collected a yellow card for a foul on Joe Gomez.  He was eventually replaced in the 52nd minute of the game - a decision clearly to prevent the Evertonian getting sent off.

Chances were few and far between in the first half - James Milner's pass deep into the area failed to reach Adam Lallana.

With 10 minutes to go until the half time interval Mason Holgate held Adam Lallana back and the penalty was awarded for the reds.  Possibly fortunate for the reds, but after the ridiculous penalty awarded to Everton last month - more like karma.

- Everton have not beaten Liverpool at Anfield in their last 20 attempts - stretching back to the last millennium, when they won 1-0 in 1999

James Milner promptly stepped up and converted the penalty - his first in his last three attempts.

Holgate's error had clearly got to him and moments later he unnecessarily pushed Firmino off the field of play and the Brazilian was lucky to escape unhurt after he was sent over the advertising hoardings and into the crowd.

The Everton defender went unpunished for his actions.

On to the second half and although the reds looked for a second goal - a poor Liverpool corner allowed Everton the freedom to make a quick counter attack up the pitch.  With Liverpool's players running back towards the area the ball was passed across to Sigurddson who drilled the ball into the corner of the net.

The 8,000 Everton fans inside the ground were ecstatic.

However their mood was deflated in the 84th minute.  From a Oxlade-Chamberlain cross, Liverpool's new defensive signing turned offensive - and he rose a foot above his nearest competitor to smash in the winning header and write his name into Liverpool and Merseyside derby folklore.

A wonderful start for the new signing and the reds now start 2018 with two dogged victories thanks to centre-backs.

Liverpool go into the draw for the 4th round.  Everton's trophy hunt will last at least into it's 24th season.