Liverpool reached 70 points after a 20th league victory of the season at home to Bournemouth.

The reds were on song despite the midweek exploits to surge through to the Champions League Semi Finals.

Sadio Mane opened the scoring in a dominant first half, before goals from the other terrible twosome, Salah and Firmino, made sure of the victory in the second half.

Liverpool welcomed back Jordan Henderson after his midweek suspension and put on an impressive display to the Anfield faithful - completing yet another Premier League double this season.

Man City's later victory meant that the reds mathematically can't win the title - but in recent years that has come a lot earlier than 34 game and considering the size of Man City's lead should be noted.

With the 29th anniversary of Hillsborough tomorrow there was a minute's applause ahead of kick off in emotional scenes at the home of Liverpool FC. 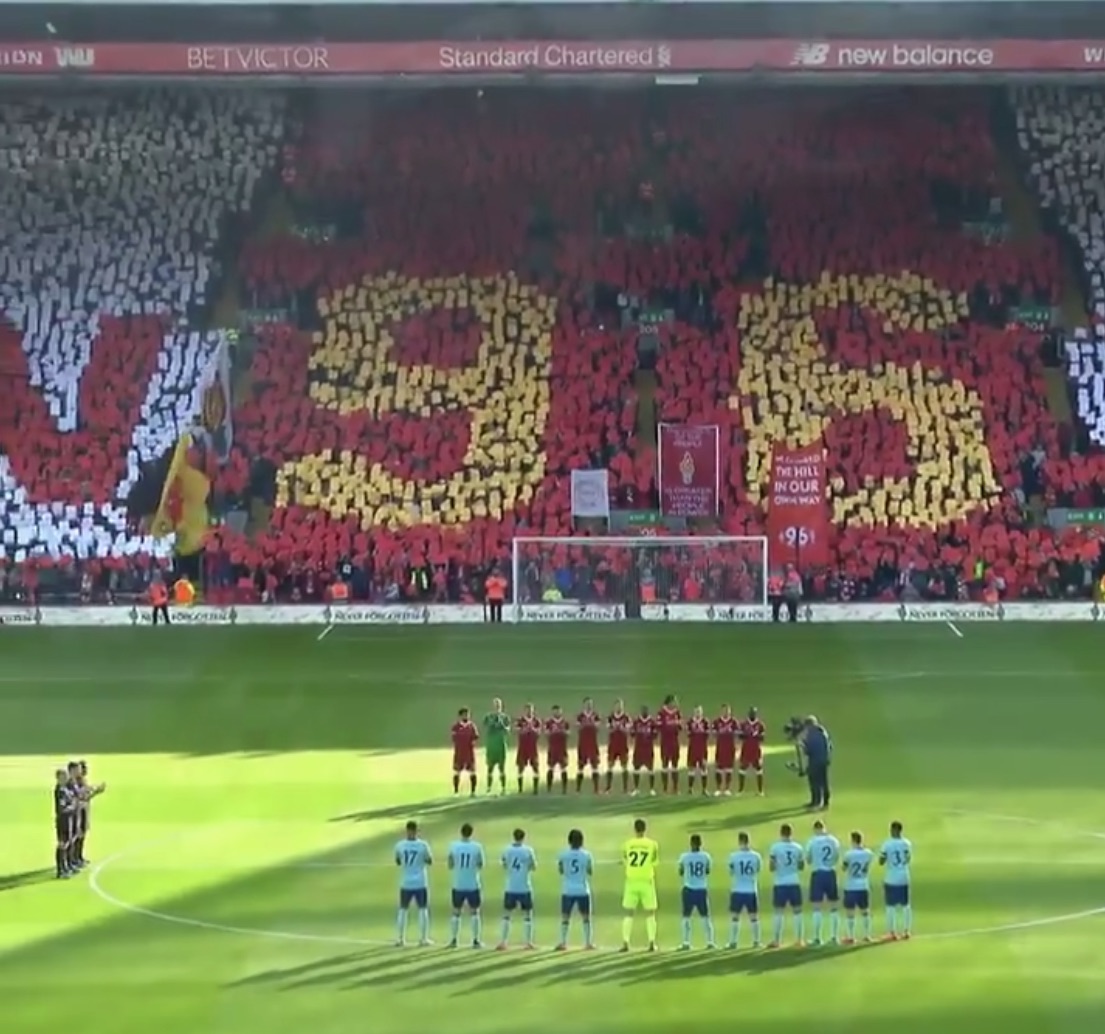 Sadio Mane set the reds on the road in the 7th minute. His header was initially stopped by Begovic but he didn't need more than the second opportunity as he smashed into the net.

Despite domination the reds didn't add to their goal tally in the first half.

Mo Salah scored a sensational 40th goal of the season when Alexander-Arnold's cross was headed in by the talented Egyptian.

And just before the final whistle Bobby Firmino got another deserved goal in a sensational season for the Brazilian when Oxlade-Chamberlain played in his teammate.

The reds are now clear in third with the position in their own hands and with just four Premier League games remaining.

The 10 draws are what have done for Liverpool in a potential title challenge but their results against the bottom half of  the table are as good as they have been in recent years.

Next up for Liverpool - a trip to West Brom before a Champions League semi final v Roma.