To buy, or not to buy: the question that may determine Liverpool’s season

As the dawn of the new season is here, optimism and confidence can be felt around Liverpool; under Klopp’s leadership, there is an irresistible feeling amongst fans that Liverpool will challenge on all fronts this year.

Is this feeling misplaced?

Do Liverpool have the squad depth to mount a challenge on all fronts this season?

Liverpool secured a remarkable points tally last season, leaving the hunting pack far behind. There has been an inevitable reaction to this: Chelsea, using their seemingly bottomless war chest, have made a number of exciting signings, signings which could well catapult them into a sustained challenge this year.

Whilst Manchester City have parted ways with Sane, they too have made some shrewd signings, perhaps the most noticeable being the acquisition of Nathan Ake, who will bring some stability to City’s vulnerable back line. It should also not be forgotten that Arsenal and Tottenham have made signings to bridge the gap; Man United are yet to show their hand. 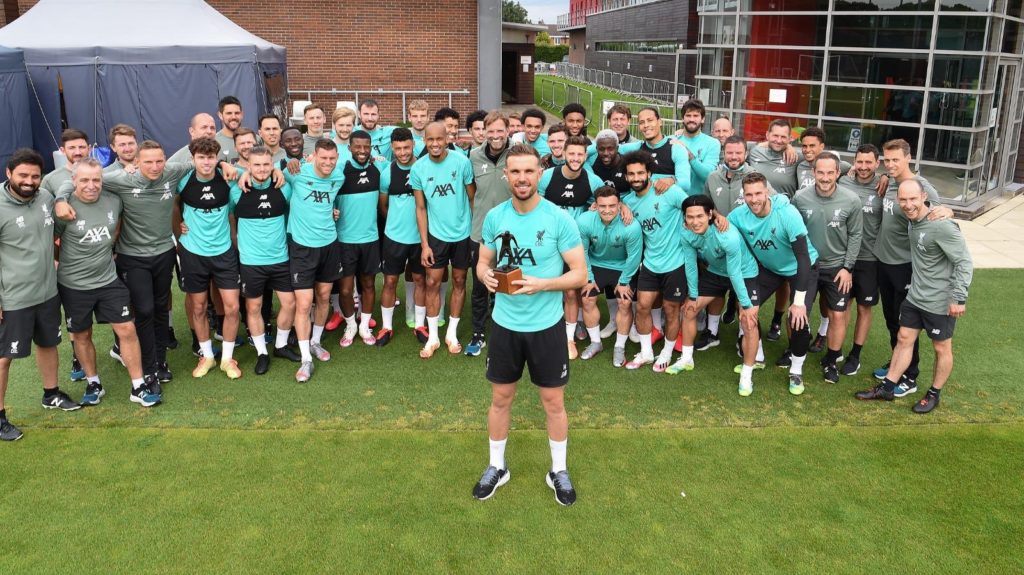 There is a school of thought that Klopp has the team he needs for sustained success; this is an appealing argument on account of Liverpool’s recent success, both on the home front and away in Europe, yet unanswered questions linger in the back of Liverpool fans’ minds.

The front three were majestic and ruthless last year. In equal measure, the midfield was the engine in the team, the blood line, which pulled Liverpool through many tough games. The question that arises is what happens if Liverpool suffer significant injuries this season?

Some Liverpool fans will say here that we had injuries last year: they would cite the not insignificant injuries that Alisson and Matip sustained.

How would the Liverpool machine react if Mane was to suffer an injury? Or Van Dijk?

The loss of Mane or Van Dijk , even for a short period in the season, could have fatal consequences to Liverpool’s charge.

Liverpool do have some promising young players in the squad, such as Elliott, Jones, and Brewster, all of whom have demonstrated flickers of ability, but, on any view,  it would be difficult for those players to come into the team and perform at a consistent high level; in fairness to those players, they have not had an opportunity to play consistently in the Premier League, but the point remains: would Liverpool fans be content with Brewster or Origi coming in to fill a front three void? There continues to be a significant gulf in quality between the first eleven and the rest of the squad.

It should also not be ignored that Liverpool will have outgoings before the close of the window. Transfer speculation continues to circle around Wijnaldum; Lallana and Lovren have exited; Origi and Shaq may seek new pastures to secure game time. The net result of this is that the squad is reducing in strength not increasing.

I do not advance that Liverpool should spend big to compete with Chelsea and City. As Klopp has stated this week, those teams are in a different stratosphere to Liverpool. Moreover, it is not the Liverpool way to spend our way to success as Klopp rightly identifies.

There are some Liverpool fans who are growing quietly impatient with FSG’s reticence over the last year to spend big. Though, in counterpoint, it should be underlined that Liverpool have a significant wage bill, and much good work has been done in recent years to tie down key players, not least the mercurial front three, who now have long term contracts.

Notwithstanding this success, this team needs reinforcements. The Liverpool way is winning.  To do so, we must invest in the squad to ensure the team is healthy to fight on all fronts this season.

Liverpool fans yearn for a period of dominance.

If we cast our minds back to the teams who have managed periods of dominance, we can see that those teams consistently invested in good players to ensure momentum and success.

Take, for example, Chelsea: they won the champions league in 2012, and, on the eve of the new season, acquired the services of Hazard and Oscar.

If Klopp intends to build Liverpool into a bastion of invincibility, a team which is untouchable, to echo the famous words of Shankly, he needs to act in this transfer window, to ensure that this Liverpool team do not just enjoy a brief moment in the sun.

One comment on
To buy, or not to buy: the question that may determine Liverpool’s season