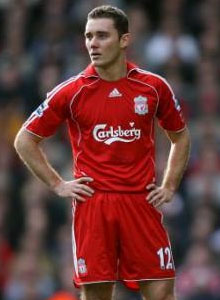 Fabio Aurelio was the first Brazilian to ever play for Liverpool when he came off the bench in the reds 2-1 victory over Chelsea in the 2006 Community Shield.

After taking part in 2000 Olympics for Brazil he signed by Valencia. A year later Rafa Benitez arrived and he was part of the team that won the clubs first title for 31 years. In the succesful 03/04 year the player suffered a broken leg and only played twice as the team won the UEFA Cup and La Liga.

Aurelio was signed by Benitez in 2006 - his Italian passport helping him to avoid the perils of attempting to gain a work permit.

Fabio can play left midfield or left back and despite suffering with some injuries during his Anfield career eventually took over Riise as the reds first choice left back. With the arrival of Dossena in the summer of 2008, Fabio may go back to playing more on the left wing where he will also battle with Ryan Babel.

Liverpool fans are hoping we still have a lot to see from Fabio, and hope his injury troubles are soon behind him.

Despite seemingly dispatching taking control of the left back role, Fabio suffered another injury in November 2008 which led to Benitez using Insua and Dossena as left backs.

Aurelio has been very consistent during the 08/09 season, and has seemingly cemented his place as first choice left back whilst fit. Liverpool fans were shown more of Fabio's capabilities due to his impressive performance against Portsmouth, implemented as a make-shift centre midfielder as a result of several injuries within the squad.

Fabio certainly won the hearts and minds of the supporters over the duration of the season and he is improving with every game he plays a part in. His repuation as a 'set piece specialist' has been shown with a succession of professionally executed free kicks, notably his goal against Manchester United which proved to be vital in a 4-1 win.

Aurelio missed the beginning of the 2009/10 season after sustaining an injury, playing on the beach with his child in the summer break.  Injuries continued to plague him and with his contract up Rafa Benitez offered the player to stay at the club on a Pay as you Play deal.  Aurelio turned this down and left the club.

With the arrival of Roy Hodgson, he offered Aurelio a new contract and Fabio returned to the club.  Liverpool later signed Paul Konchesky from Fulham which may indicate that Aurelio is unlikely to play a significant role for Liverpool.

Aurelio continued to be dogged with injuries during 2010-11 and even despite Konchesky's ultimate failure at Anfield, the reds were forced to try a succession of different players at left back.

The purchase of Jose Enrique in the summer of 2011 looks almost set to end Fabio's Liverpool career - the Brazilian getting injured once more the day before the Premier League campaign started. 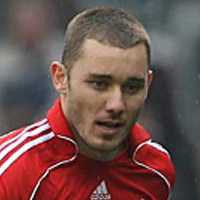 Fabio ruled out for a month 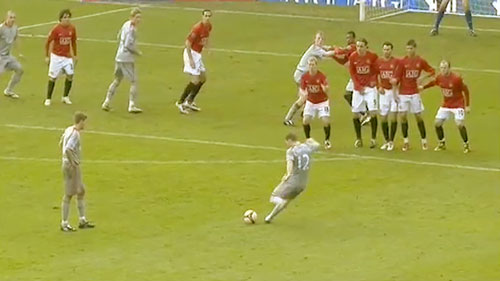 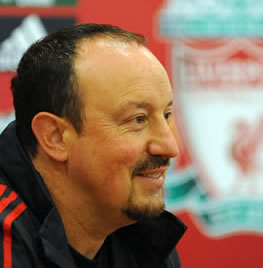 Rafa: No fresh injuries, Johnson could be back