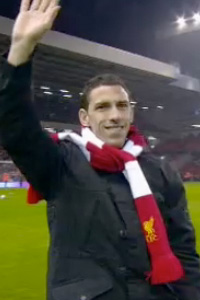 Wide man Maxi signed for Liverpool in Janurary 2010 from Athletico Madrid on a free transfer.

The Argentian started his career at Newell's old boys, he then moved to Europe as a starlet and had spells at Real Oviedo, Espanyol, After three seasons there he moved on to Athletico Madrid in 2005 and had a succesful four and a half years there becoming Captain, during this time he won the goal of the 2006 world cup award for his stunning strike agianst Mexico.

Since moving to Anfield Maxi has earned mixed reviews, he's certiantly got ability but has yet to convince parts of the Anfield faitful he fits the bill, though he has been an almost ever present in Liverpool's team since he arrived. Maxi has 4 goals in 44 games for Liverpool and will be hoping to add to that before the end of the season. 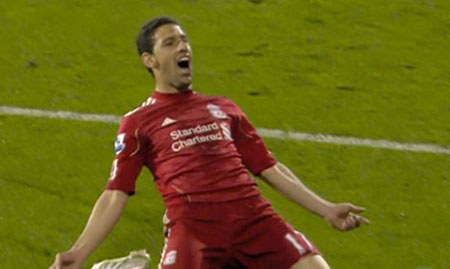 Maxi Rodriguez signs out of Anfield