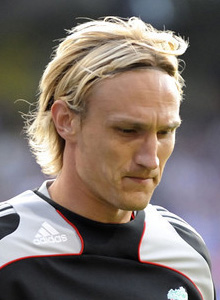 Sami Hyypiä was signed by Liverpool in May 1999 from the Dutch Eredivisie side Willem II for the fee of £2.5 million.

Prior to his arrival at Liverpool, Hyypiä notably won the Finnish Cup twice with his first club MyPa in 1992 and 1995. In 1995 he had his first taste of English football on a two-week trial with Kevin Keegan’s Newcastle at the age of 22. Hyypiä was also named fan’s player of the year for Willem II in his final year for the club before his transfer to Liverpool.

Hyypiä quickly settled into the heart of Liverpool’s defence, recording over 40 appearances per season in all competitions for his first 8 seasons at the club. This reached a peak of 58 appearances as part of the Treble-winning side during 2000-2001, as Liverpool won the Worthington Cup, FA Cup and UEFA Cup in the same season.

Hyypiä’s International debut came at the age of 19, against Tunisia in November 1992. Approaching his 100th Cap, Hyypiä has scored 5 goals for his national side along the way. He made his Liverpool debut on 07th August 1999 against Sheffield Wednesday, the match finishing 2-1 in Liverpool’s favour.

Measuring a towering 6’4, Hyypiä is renowned for his qualities in the air at both ends of the pitch. A reliable defender, he also chips in with several goals per season, more often than not with his head. In 2004, following the arrival of new manager Rafael Benitez, Jamie Carragher was moved from his full-back position to the central defence, where he and Hyypiä would form a formidable partnership for opposition strikers. Ever reliable, Hyypiä was to play every minute of European football for Liverpool from November 2001 to February 2006, a total of 57 complete matches.

Hyypiä formed part of the Champion's League winning side in the 2004-2005 season, his highest honour as a player. Other honours include the UEFA Cup, 2 European Super Cups, 2 FA Cups, 2 League Cups and 2 Community Shields.

Since the arrival of central defender Daniel Agger in 2006 competition has been difficult for the central defensive spots at Liverpool, further complicated by the later arrival of Martin Skrtel in January 2008. Despite his age of 35, Hyypiä enters his 10th season for Liverpool in the 2008-2009 season after signing a new one-year contract earlier in the year. (ayrton77) 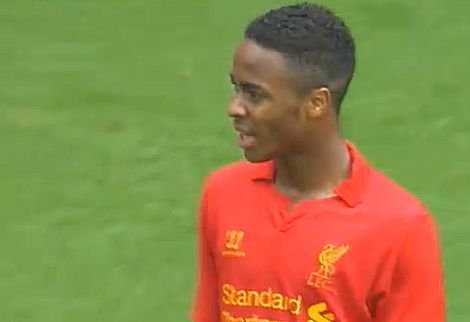 Sterling steps up to the mark in old boy friendly