Mo Salah starts for Liverpool tonight as the reds host Atalanta in the Champions League.

The reds are 5 points clear of both Ajax and Atalanta in the group with three games to go, so it has given Jurgen Klopp some breathing space to make some changes.

Neco and Rhys Williams start for the reds alongside summer Greek signing Kostas Tsimikas.  Both Diogo Jota and Roberto Firmino, goalscorers at the weekend, are named on the bench.  Klopp with one eye firmly on an earLly Saturday Premier League kick off.

Atalanta's needs are more pressing - they desperately need a result in order to keep track of Ajax in the group who face Midtjylland tonight.

Here's how our opponents line up tonight.

Zapata is named on the bench for the Serie A side.

In case you missed it, it was announced earlier that Diego Maradona has passed away aged 60.

“In any video, juggling the ball, from that moment on he was the player for me.

“It’s like, from an international point of view there’s Pele, Maradona, Messi, if you want – one Brazilian and two Argentinians. I saw his documentary not too long ago; Diego was a sensational guy, Maradona had some struggles, let me say it like this. I will miss both.”

@JamesMilner becomes the 23rd man in @LFC history to play 50 European games. He is also the oldest Reds player to achieve the milestone aged 34 years 326 days, beating @kennethdalglish who in 1984 was 34 years 51 days when he reached 50.

Underway at Anfield after a brief period of silence for Diego Maradona.

4' Sloppy pass from Salah allows Ilicic with a chance to get a shot away.  He puts it wide.

Tsimikas concedes a free kick in the middle of the pitch.

10' Atalanta have provided the most attacking threat so far.

Gosens with a very powerful shot that is stopped by Alisson.

They follow up with a couple of corners but the reds clear.

24' Midway through the first half and it remains goalless.

Atalanta stroking it round nicely, they've had the main chances in this game.

Liverpool's midfield are beginning to sit back a little bit in order to protect the defence and there's been very little from our front three.

At the moment it looks like LFC's best chance is going to be some form of counter attack.

Klopp might have to utilise some of those on the bench tonight. 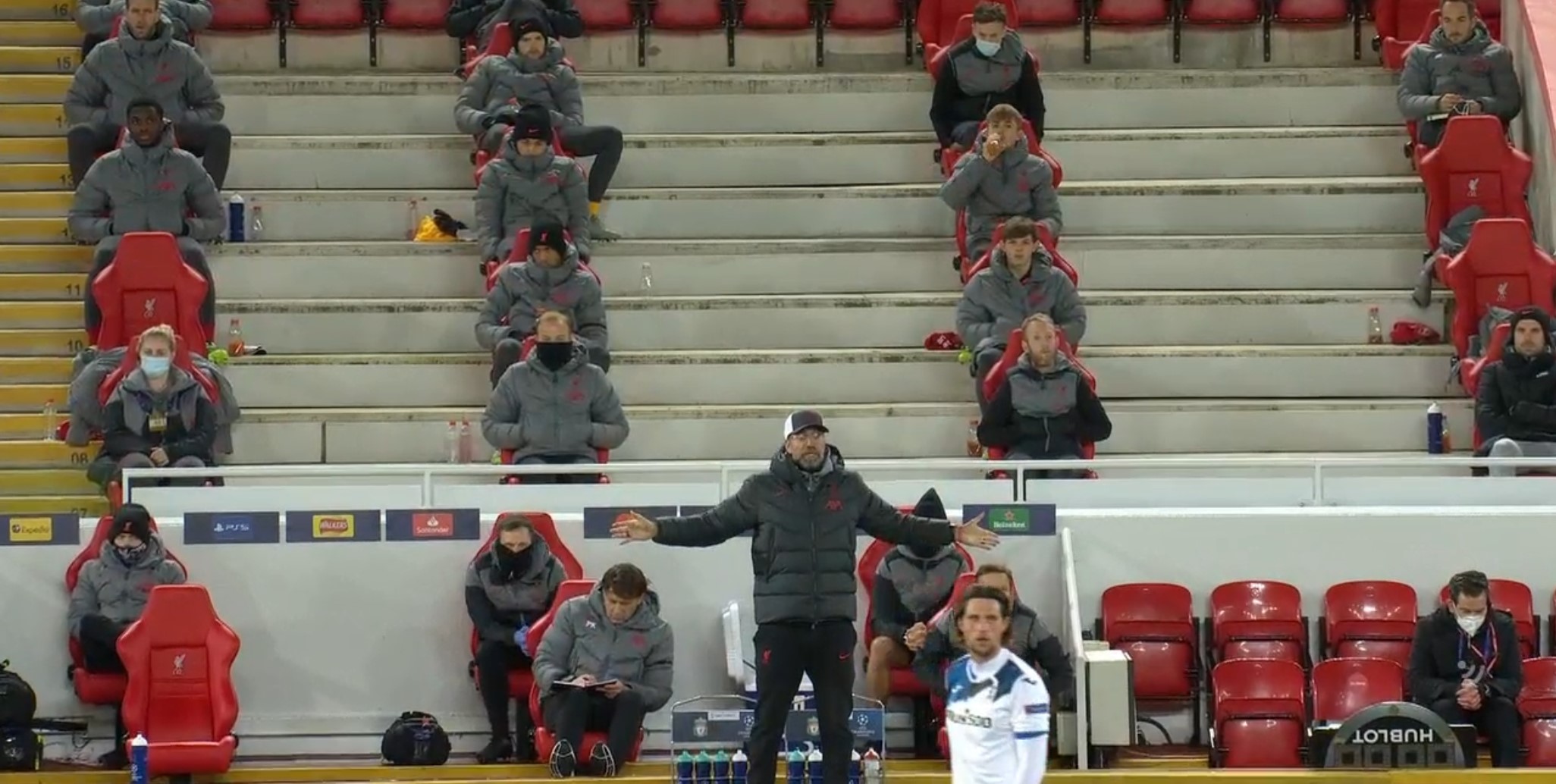 43' 26 seconds.  Mo Salah drills a shot narrowly over from the edge of the area.

That's the reds first shot of note in this match.

Probably not a bad half time result for the reds.  Atalanta with the majority of the chances and play, but it's goalless at the break.

Lots of half time exercise for Diogo Jota but no changes at the restart.

49' From some distance Papu Gomez has a dipping shot that Alisson squats down low to collect.

53' Firmino, Fabinho and Diogo Jota all warming up on the touchline.

61' Liverpool have had 4 subs waiting on the sidelines for a few minutes.

A bit too late.

Goal for Atalanta as Illicic pokes in a cross from Gomez.

Robertson, Fabinho, Firmino, Jota all on.

Tsimikas, Wijnaldum, Salah and Origi off.

Hateboer heads a cross back in to the centre and Gosens is completely unmarked to poke the ball in.

Mountain to climb for the reds now.  Did those changes come a little too late?

70' Duvan Zapata is on.  He replaces Illicic.

76' Both goalscorers off now.

Changes didn't quite work out tonight.

No shots on target yet registered by Liverpool. 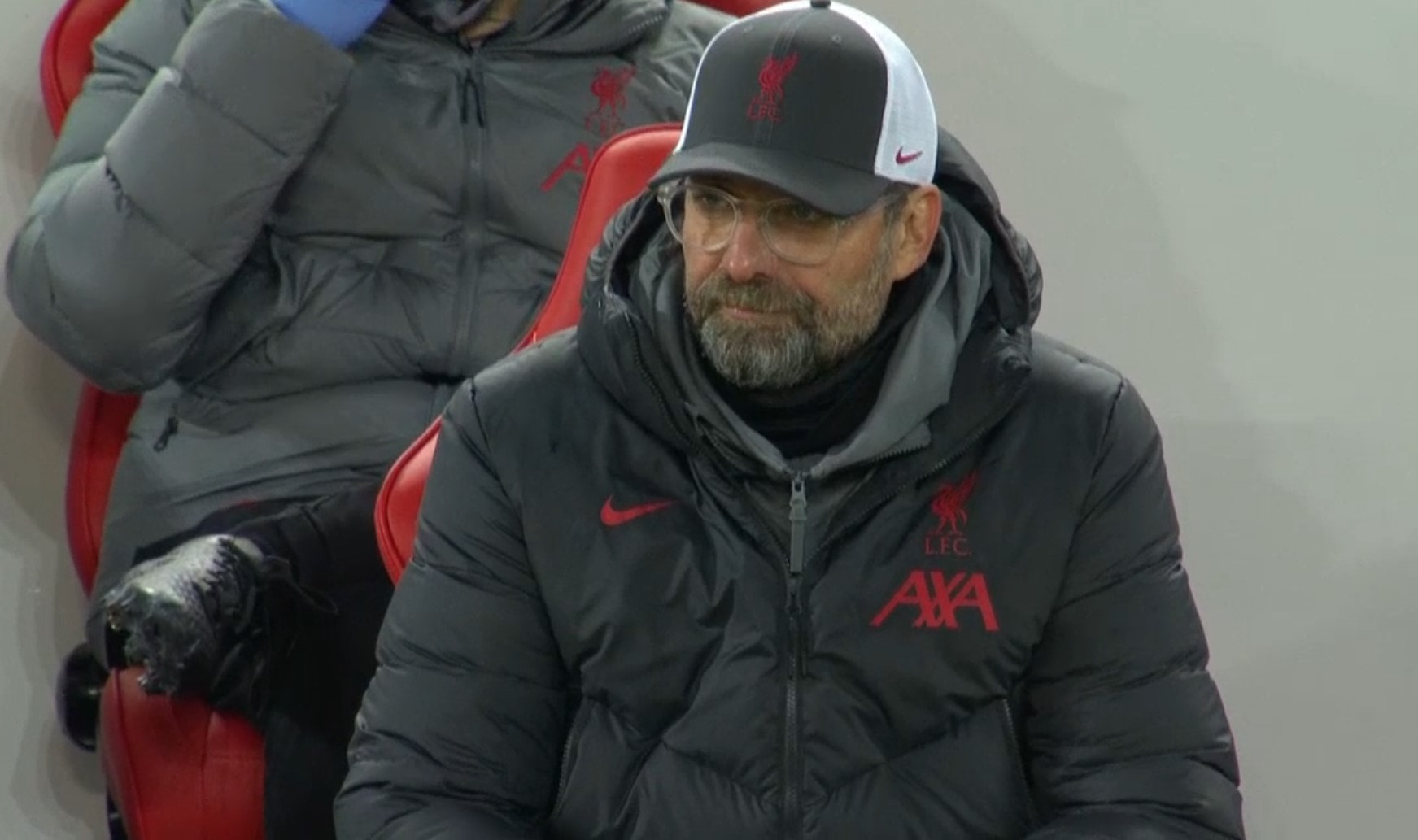 The group has been made a little bit interesting.

Ajax and Atalanta move to 2 points behind the reds.  Two games left.

Ajax at Anfield next midweek.

Liverpool were poor today, and the substitutes arrived just after conceding the first goal. 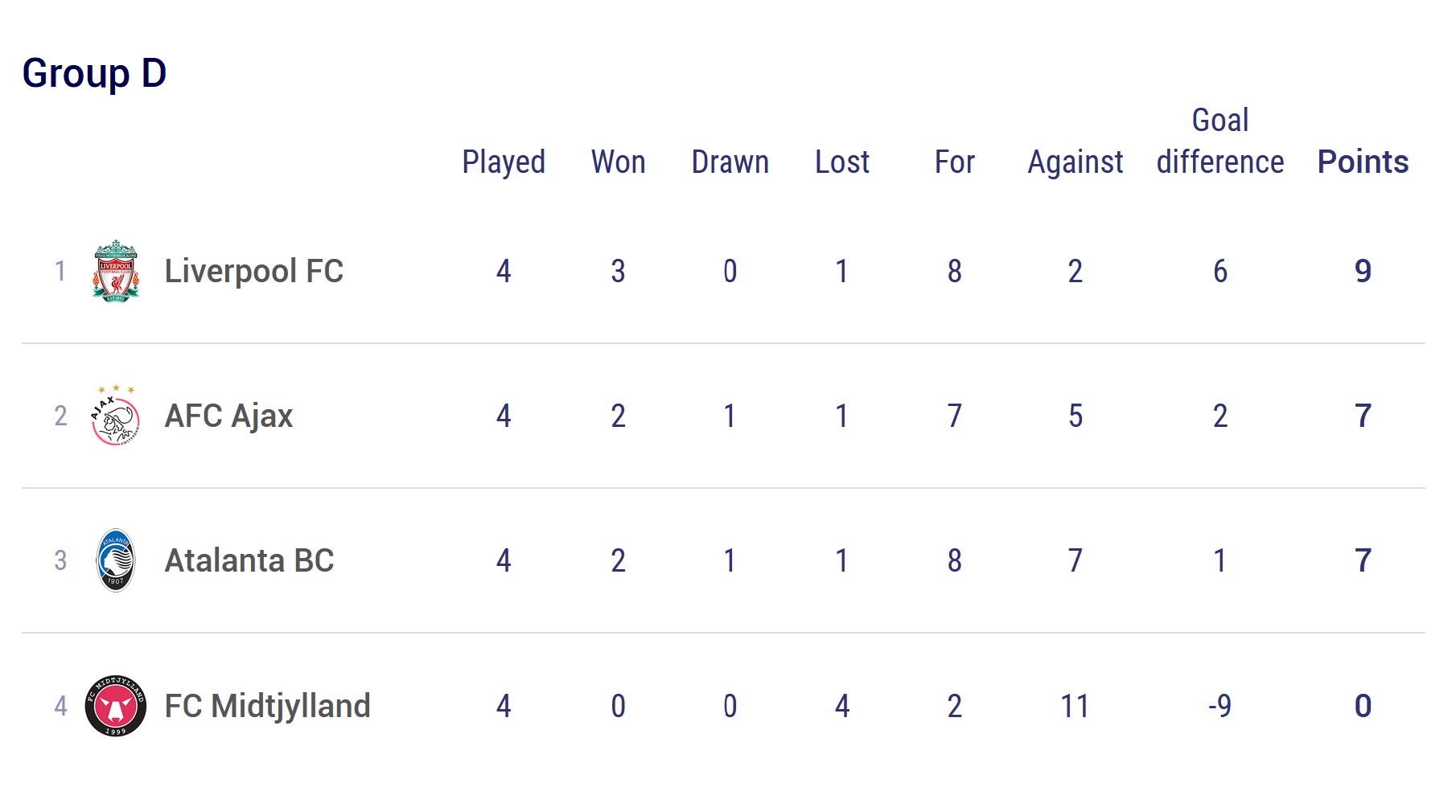