After the hectic nature of the US Tour, effectively spent satisfying media commitments on a daily basis, Liverpool's expanded squad are now into their second day in the relative tranquility of Evian in France.

Blessed with some fantastic views of the Alps from their apartments, this week will be spent with more focus on the football as Klopp describes it.  The majority of the players are now in decent shape fitness wise which enables more time for Klopp to dig out the whiteboard for some late afternoon tactical sessions.

Alisson Becker posted a picture yesterday on his social media of his first day, and Roberto Firmino and Trent Alexander Arnold are also back in the squad.  They will be aiming to also be  ready to play some part of Liverpool's Premier League kick off in just 11 days time at home to West Ham. 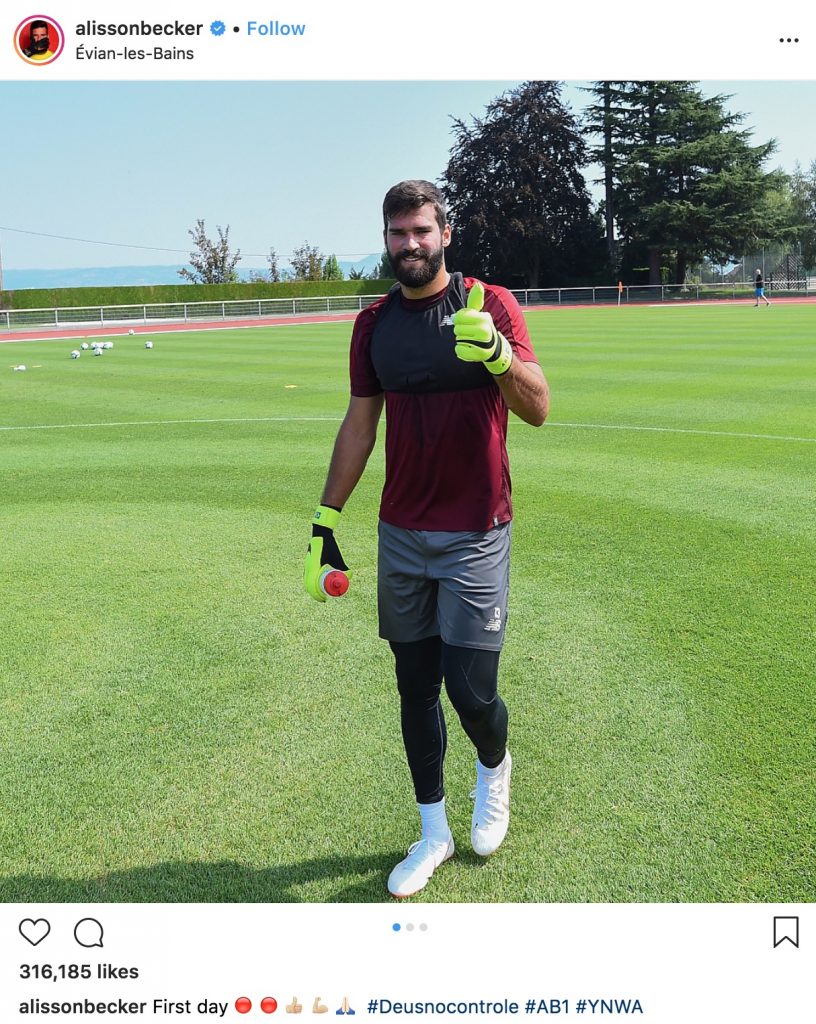 "It has been a great day which I had been looking forward to.

"I’ve had a good few resting days with my family but we all couldn’t wait to get the new season under way soon.

"It’s only my first day and I feel at home already!

"Although these two weeks don’t seem like a long time, it’s enough for us to be ready for our first game against West Ham.

"We’ll play two friendlies before this game and I’m sure the hard work the squad have put in so far is going to help me become a member of the squad as quickly as possible so that I am 100 per cent ready for our first game to kick off the Premier League in a good way.

Liverpool's five star hotel isn't too far from their training area and as is now customary the players were out on their bikes early to the venue.

Liverpool are only waiting on the return of three senior players now - Dejan Lovren, captain Jordan Henderson and Simon Mignolet.  All of these players are expected to return at the end of this trip.  Liverpool's next game is against Napoli in Dublin on Saturday night.

By the time of the final friendly, against Torino next Tuesday, Klopp should have his full squad at Melwood.

Joel Matip appears to have recovered well from the knock he sustained while on the US Tour and Naby Keita too has been an active participant in training.

Ben Woodburn has stayed at home.  It had initially been thought a loan to Aston Villa was on the cards but he is now heavily linked with a move to Sheffield United which could be confirmed later today.

There are just 8 days remaining of the domestic transfer window - the period of time in which Liverpool can buy players.  However the transfer window for sales will continue through to the end of this month.