A large crowd had welcomed the Liverpool FC team bus into the stadium in a cauldron of noise and colour.

However, whilst the Man City bus was clearly expected to be jeered, a number of individuals went over the top and lobbed toilet rolls, paper cups, cans and beer bottles at the coach.

This caused damage to some of the windows on the coach which left Anfield at half time and a replacement was sent to transport the City squad back home. 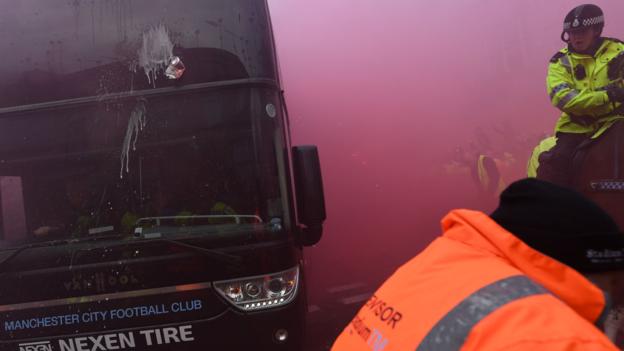 UEFA have listed the following charges on their website:

Liverpool FC moved swiftly before kick off to release a statement condemning the individuals who threw bottles and police are going through CCTV footage of the event.  Jurgen Klopp too apologises to Pep Guardiola ahead of kick off.

UEFA will deal with the matter at their next disciplinary meeting on May 31st.