A scintillating Liverpool performance, against the odds, gave the reds a 3-0 first leg advantage in the Champions League Quarter Final.

A raucous Anfield crowd welcomed the sides to the stadium (with some stepping over the line with some damage to the Man City team bus) but the wall of noise inside the ground helped the reds power past a shellshocked Man City in the first half.

On their march to the Premier League title, Man City have been halted just once - when Liverpool beat them 4-3 at Anfield earlier this year.  They were handed even more severe punishment this time as the reds racked up the goals without giving them a sniff of opportunity.

The runaway Champions Elect of England weren't allowed a shot on target at Anfield.

Liverpool had a defensive injury crisis ahead of the game, but the defensive foursome performed brilliantly in keeping City at bay throughout the game.

Dejan Lovren and Alex Oxlade-Chamberlain replaced the injured Matip and substitute Wijnaldum ahead of the game.  Guardiola elected to keep Sterling on the touchline given the number of dismal performances he has put in at Anfield.

City started brighter, but the Anfield crowd were soon on their back and Liverpool were soon at their heels.

From a City corner in the 12th minute Liverpool broke at speed and Firmino and Salah combined to force errors from goalkeeper Ederson and Otamendi to allow Salah to stroke home his 38th goal of the season.

In the 20th minute, Oxlade Chamberlain collected the ball outside the area and with two nice touches set up a shot which he smashed into the Kop net. 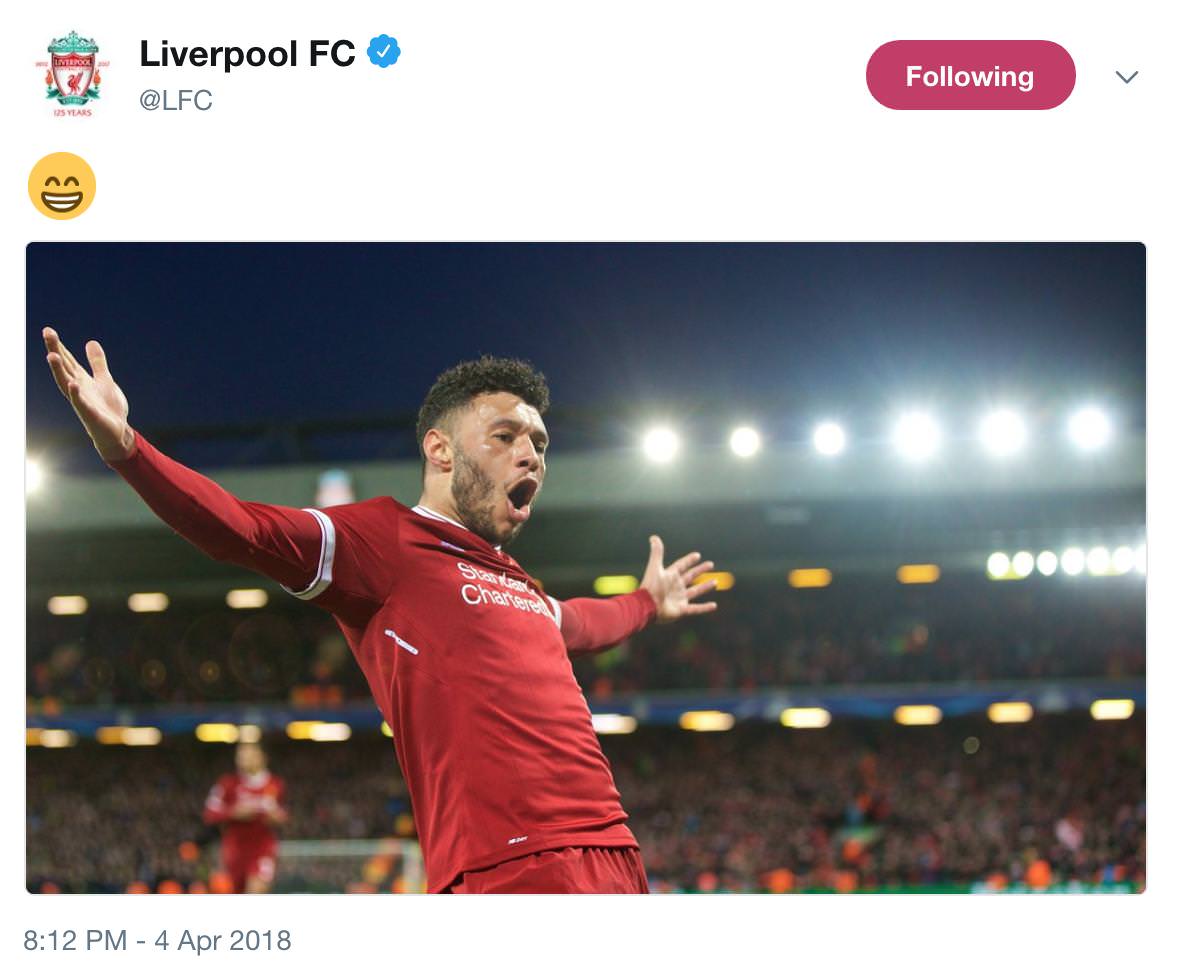 Salah lifting the ball over the penalty area and Sadio Mane heading in for his 7th goal in 7 games.

Man City came out in the second half determined to grab an away goal, and Liverpool did sit back but they defended with some style.  There was no getting past Lovren and van Dijk.  Trent Alexander-Arnold had Leroy Sane in his pocket throughout the game and they were well supported by Milner and Henderson.

The only disappointments were Mo Salah limping off with some form of groin strain and a late yellow card for Jordan Henderson which rules him out of the next leg.

But a 3-0 result was probably more than Liverpool fans were even expecting and if the reds can grab a goal away at the Etihad next Tuesday then Man City will need to score five times to advance to the next round.

Next up - the Merseyside derby.