Liverpool ended their fairly hectic pre-season with a return to Anfield and a 3-1 victory in their first ever game against Torino.

In front of the home crowd, Alisson, Fabino and Keita all started, with Xherdan Shaqiri appearing in the second half.

Klopp decided to play his usual front three despite the Premier League arrival in just 5 days time, when West Ham will visit Anfield on Sunday lunchtime.

Trent Alexander-Arnold started, and compatriot Jordan Henderson saw his first minutes of pre-season during the second half.

There were plenty of young faces in the crowd and plenty of action in a busy first 30 minutes.

Sadio Mane was fouled for a penalty on fifteen minutes and despite Fabinho having an impressive penalty records, he put his spot kick wide of the goal.

Within 5 minutes however, Liverpool were ahead.  Roberto Firmino adding his name to the pre-season goalscoring charts.  He got on the end of a Salah through ball - and his shot took a deflection to put the reds in the lead.

And on 25 minutes Gini Wijnaldum made it two.  His second goal in as many games.  This time Firmino was the provider - and Wijnaldum powered forward taking his finish with composure.  What an addition goals from Wijnaldum could be in the campaign ahead.

Andrea Belotti grabbed a goal back on the half hour when he headed in a cross from the wing - the first goal conceded by Alisson in a Liverpool shirt. 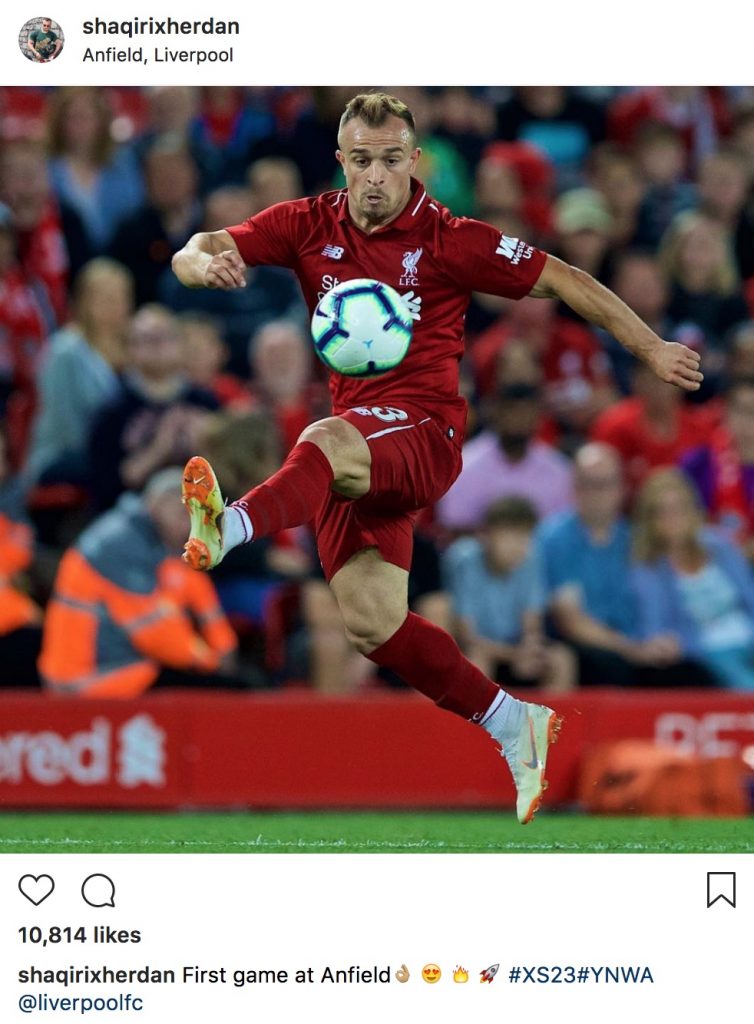 Seven changes at half time - including the arrival of Sturridge and Shaqiri who are developing a little bit of a partnership.

It was no surprise when the two eventually combined to give Sturridge yet another pre-season goal (he ends with the most) with a lovely ball from the Swiss international which Sturridge will always put away.

There were a number of changes during the second half as the full complement of substitutes got time on the field.

In particular, Loris Karius came on for the final 20 minutes to a wonderful ovation from the Anfield faithful.  You'll Never Walk Alone is alive and well after all.

The reds won seven out of their nine pre-season games, although it doesn't provide a full gauge of what competitive football will be like.

The good news is - we won't have to wait too long to find out all about that.