Liverpool powered to another Premier League three points with another barrage of goals that temporarily at least moves the club back into the top four.

And there had been six changes in the reds line up with defensive injuries and illness to Matip, Gomez and Klavan allowing Emre Can to partner Dejan Lovren at centre-back and Trent Alexander Arnold in at right back.

The reds also gave Moreno a rest with Robertson handed his first appearance since September at left back.

Mo Salah and Philippe Coutinho returned to the side - Sadio Mane and Dominic Solanke named on the bench.

As the teams formed position before kick off it appeared that this was an even more radical change than the personnel had suggested.  Gini Wijnaldum was part of a 3 man central defence alongside Lovren and Can. 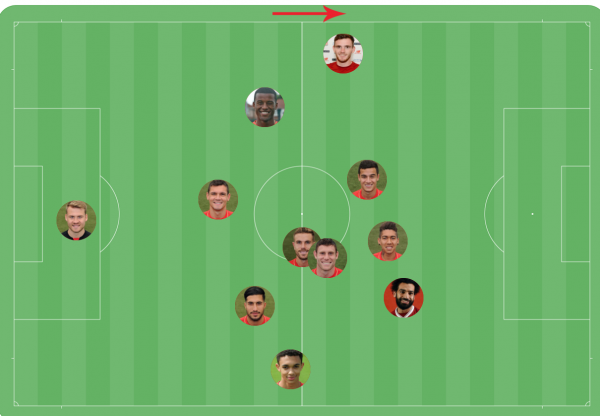 Despite a slow start to the game on the South Coast up popped makeshift centre-back Emre Can to head in the game's opening goal from a Coutinho corner.

Mo Salah powered away just over a minute later, he found Coutinho on the left hand side and the Brazilian sent the ball into his compatriot Roberto Firmino to make it 2-0.

The reds took a 3-0 lead early in the second half when the reds make a quick breakaway after a great Simon Mignolet reaction save.  Salah powered up field and fed Roberto Firmino to get his second of the game.

But moments later Brighton had a ray of hope when they were awarded a penalty after a perceived foul by Jordan Henderson.  Glenn Murray grabbed one back for the blues from the spot.

But there would be no Sevilla fightback and Coutinho drilled in a free kick with 3 minutes to go to get a goal to add to his two assists.

And in the final minute of normal time Coutinho brought up the 5th goal when his involvement in the area forced Lewis Dunk to head into his own net.

5-1 then.  15 goals scored in the reds last 5 away games.  The reds can relax briefly at their two good away wins this week before the attention returns to Anfield and a critical Champions League final group game before welcoming neighbours Everton next weekend.