Arsenal have been showing signs of gradual improvement under Unai Emery but Liverpool put in their best performance of the fledgling season to maintain their 100% start.

Liverpool blew hot and cold in their first week of the season which included two Premier League wins and a penalty victory in Istanbul to secure the European Super Cup.

But after a full week resting, recuperating and for some effectively filling in their pre-season gaps, this was a more assured Liverpool that either side of the half time break ensured they would collect maximum points.

It was a relatively quiet week for the reds, with Alex Oxlade-Chamberlain's contract extension the major event, and he came off the bench in the second half for another confidence building run out.

But Klopp preferred industry as opposed to adventure when he selected his midfield three.  Fabinho, Henderson and Wijnaldum elected to provide the dutiful role behind the powerful front three.

Joel Matip at the back preferred to Joe Gomez.

The reds took a brief while to get in their stride but when they did they showed the gulf still remains between the two sides.  Sadio Mane has been the dominance in recent games, but Mo Salah brought his A game to this Saturday evening encounter.

Chances had fallen to new Arsenal signing Nicolas Pepe as well as Mane and Salah, but it was a set piece that started the reds off just before half time.

Trent Alexander-Arnold corner - a recurring assist now for the reds and Joel Matip heading powerfully in. 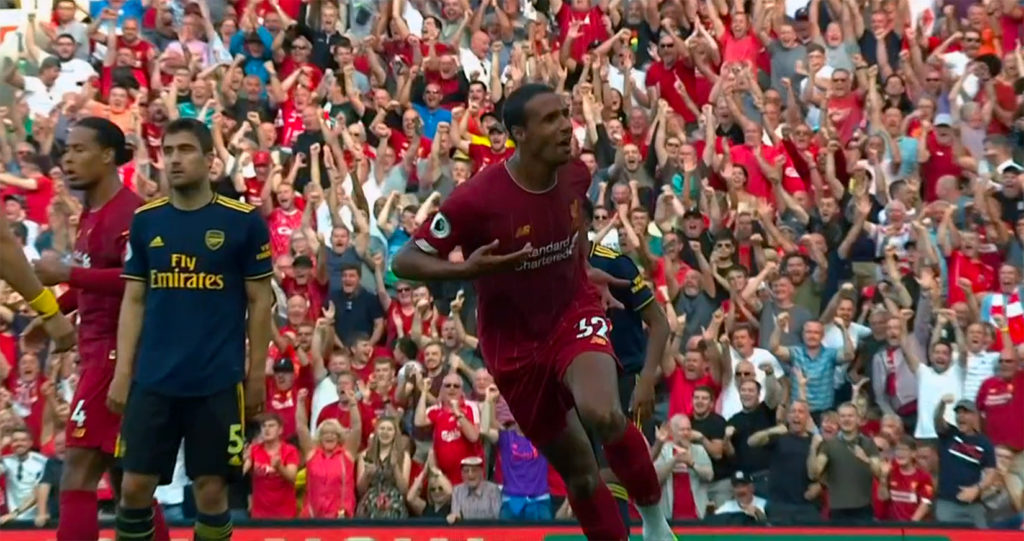 Shortly after the start of the second half it was 2-0.  Trent sliding the ball to Salah who then had his shirt blatantly pulled by Chelsea-switcher David Luiz.  Clear penalty and the Egyptian fired it home.

Salah then added his second, and the reds third, when he completely bypassed Luiz and pushed the ball past Bernd Leno.  Game over.

Late on Arsenal sub Lucas Torreira did get a consolation goal which means that the Alisson-less Liverpool have yet to keep a clean sheet.

However, 3 games in the reds extend their lead at the top of the table to 2 points and have the only 100% record this season in English professional football.