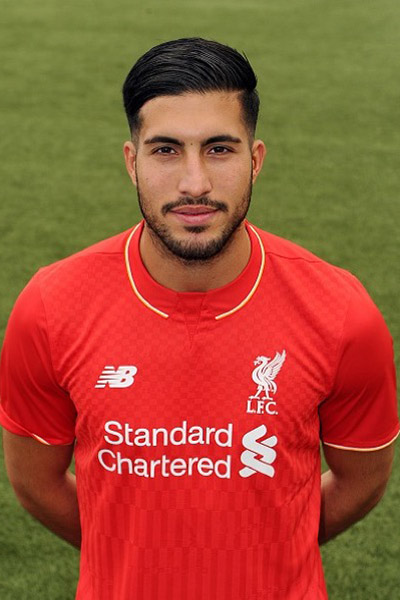 Bayer Leverkusen were reluctant sellers but the reds triggered a €12M release clause for overseas clubs.

Can arrived at Anfield admitting he can play across the midfielder. He has represented Germany at all youth international levels and it tipped as a potential senior international.

Contract Issues at Liverpool for Emre Can

Around Spring 2017 it appeared that Liverpool and Emre were in discussions but were not willing to acquiesce to Emre's terms on a new contract.  This was despite Emre having been one of the most utilised Liverpool players across the previous seasons.

Speculation slowly mounted at the start of the 2017-18 season that Emre Can would end up leaving for a free, with Juventus linked as a potential target.

Liverpool continued to stick with the player and by the end of the January 2018 transfer window the answer, and a potential contract extension were no nearer.

Latest articles about Emre Can

Emre Can, Jon Flanagan and 8 youth players released from Liverpool

Brighton 1-5 Liverpool: Coutinho turns on the style as the reds hand out a beating