Top goalscorer Mo Salah was left on the bench but he had the luxury of bringing back both Roberto Firmino and Sadio Mane.

Dominic Solanke was also handed his first Premier League start and he showed understanding of the team system and a lot of quality - he was involved in Sadio Mane's goal.

Much had been made of these cold midweek nights in Stoke and the first half opened pretty anaemically.  Stoke going for a long punt upfield straight from kick off with the supersub Peter Crouch named in their starting XI.

Chances were few and far between and Liverpool's opening goal was the first genuine excitement of the game.  Alberto Moreno dispossed Xherdan Shaqiri and Joe Gomez did well to keep the ball in touch before crossing over to the edge of the box.

Solanke collected it within his feet and fed the ball through to Mane who lifted the chip over the keeper.  Lee Grant in the Stoke goal got a touch but not enough and it trickled into the net. 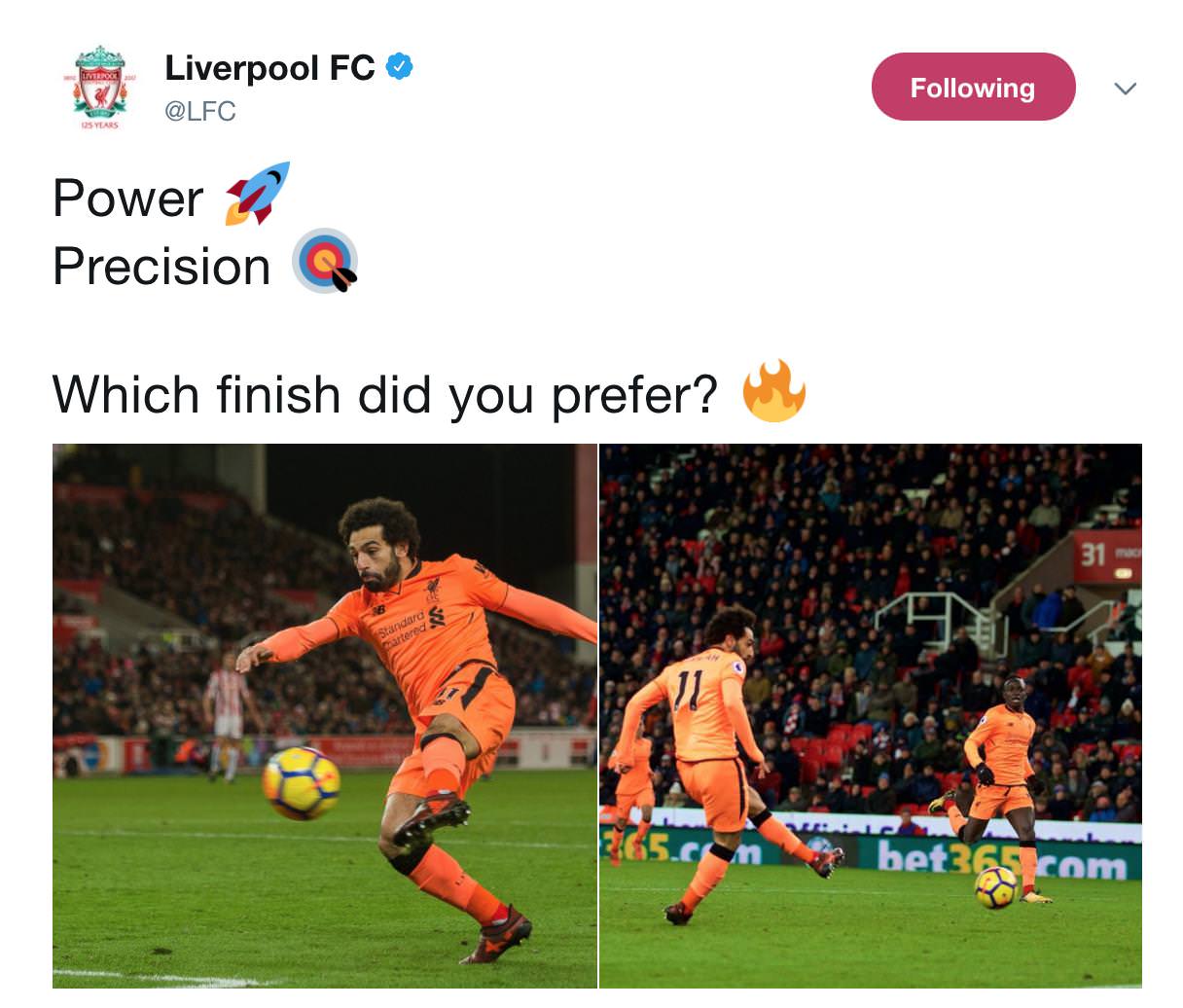 From another break Solanke could have added a goal to his assist - his shot from the edge of the box was saved.  And a short while later he found Mane again who sprang the offside trap.  The Senegal forward looked almost certain to win the one on one but his shot hit the post.

In between these events there was trouble in Liverpool's defence.  When Diouf got himself through our defence - out came Simon Mignolet, captain for the evening, and he scythed down the Stoke man.  A free kick was awarded as the ball was in the D outside the area but he was lucky to only escape with a yellow card.

The dangerous free kick position didn't cause any issues as it was drilled into the wall.

On to the second half and Joe Allen had an early chance when he was afforded too much space inside the box.  Fortunately his volley didn't hit the mark.

Liverpool added to their yellow card count in some style in the second half - with Emre Can, Oxlade-Chamberlain and even Gini Wijnaldum collecting cards - completing the midfield hat-trick.

Mane also picked up a card late in the game to make it 5.

Salah did come in just after the hour, with Milner - they replaced Solanke and Oxlade-Chamberlain who have cemented their places in the Liverpool 18 man squad.

Despite the promise of Shaqiri it was Joe Allen who was the main threat for the home side in the second half and he was causing all sorts of problems.

But it fell to substitute Salah to score the second - he combined with Mane as they ran diagonals across the area with Salah firing in from the left hand side of the goal in the 77th minute.

There was still time for yet another Salah goal - his 17th for the reds.  What a season that played is having when he scored just 6 minutes later - this time from the right hand side of the goal.

An easy run out for the reds.

Liverpool move ahead of Spurs in the Premier League table and onto 26 points.