Liverpool got their league campaign underway with a comprehensive win over West Ham at Anfield.

The reds matched the weekend's best Premier League win and it was no surprise that Mo Salah scored the reds' first goal of the season.  Sadio Mane added two either side of half time to get the show running before a late sub strike from a rejuvenated Sturridge.

New boys Alisson Becker and Naby Keita made their official debuts, named in the starting line up.

Alisson had very little to do - but Keita was a significant player displaying a number of fine touches, athleticism and tactical awareness.

He was crucial in the first goal.  Bringing the ball forward with the ball almost stuck to his feet - he fed the onrushing Andy Robertson who whipped in the cross for Mo Salah to tap in.

The reds second goa, arrived just before the half time whistle.  From a West Ham corner, the reds made a quick break upfield and Salah's initial cross was blocked.  It rebounded to Robertson and his cross was sent over to the back post.  Milner reached it and poked it back across the face of goal where Mane was there to meet, greet and dispatch it.

Liverpool never looked in any trouble during the second half and Sadio Mane made it 3-0 when he was fed through by Firmino at the edge of the area.

Replays showed that Mane was offside - a rare referee mistake in Liverpool's favour which would ultimately make no difference to the result.

The reds had dropped down the gears but always looked like they had the fourth goal in them. 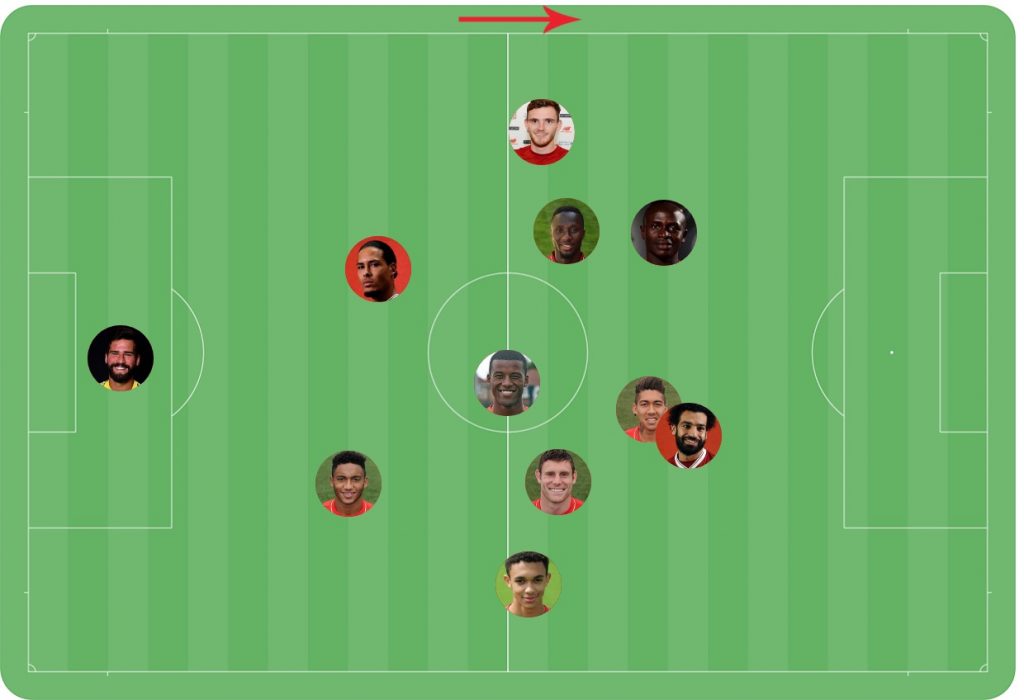 Seconds after coming on Sturridge was in the right place at the back post to knock in a Milner corner with his first touch of the game.

The Sturridge dance made it's return to the Anfield pitch - brilliant.

Wonderful for us and wonderful for him.  The perfect bookend for a fine team performance.

The four goals today mean that the reds have scored four in each of the last four games against West Ham.  And it provides a powerful signal as Liverpool take, at least for now, pole position in the Premier League.

The reds have to wait until next Monday evening for our next outing when we travel to Crystal Palace.

Anfield Online Man of the Match: Wonderful performances from Milner and Robertson, but because it was his debut Naby Keita edges it for us.

The new Liverpool midfielder had a busy game playing more centrally whilst James Milner occupied the right.  However his versatility was utilised when Jordan Henderson came on for Roberto Firmino.

Keita then moved to the left side of the front three for the final 20 or so minutes of the match. 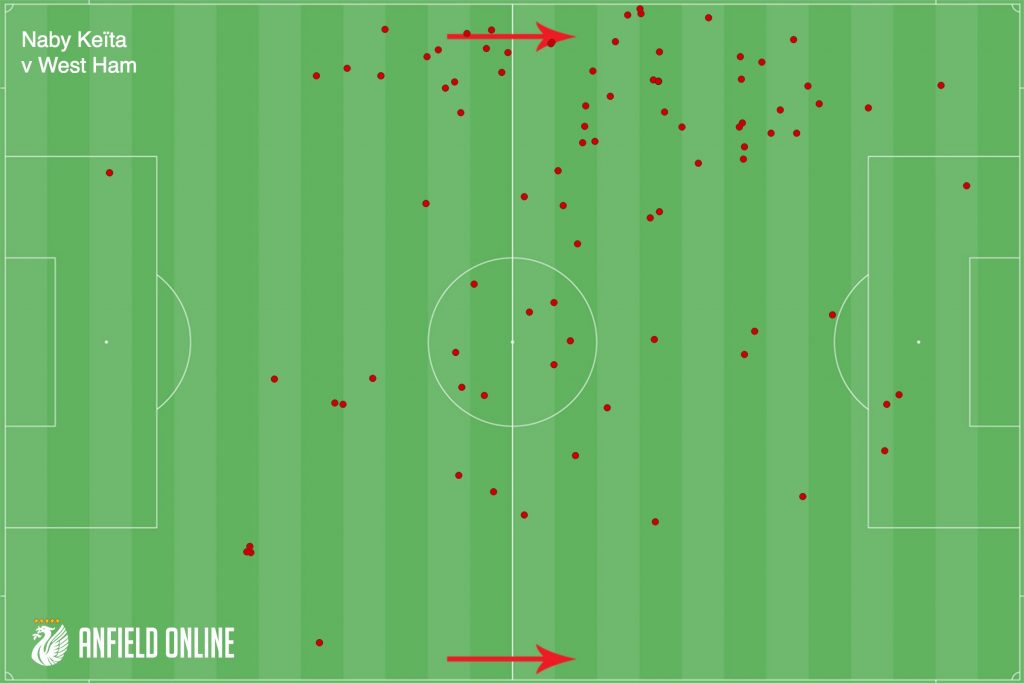