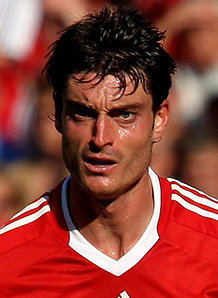 After a summer long chase in vain of Gareth Barry in the summer of 2008, Rafa Benitez turned his attention to Espanyol left winger Albert Riera, who was to fill the gap left by the departing Harry Kewell earlier in the summer.

He started his career at RCD Mallorca, the island on which he was born, and won the Copa del Rey in 2003. That summer he was transferred to Bordeaux, where he was a first team regular for two seasons. A loan move to Man City followed in 2005, but his time their was one of disappointment.

He returned to Spain, and Espanyol, in January 2006 and helped the side to the UEFA Cup final.

Riera made an impressive start to his Liverpool career.  On his debut the reds beat Manchester United 2-1 at Anfield, with further victories over Everton and Chelsea away in the following weeks.  Against PSV Eindhoven away Albert scored one of the reds best goals of the season when he turned and shot from 30 yards out.

Towards the end of 2008 and the beginning of 2009, Albert suffered a dip in form which saw Benitez experimenting with Babel and even Dossena on the left wing in his place.  International call ups continued however as Albert cemented a place in the Spanish national squad. 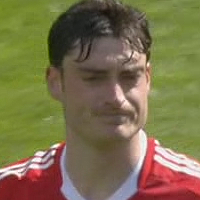