First half goals from Naby Keita and Roberto Firmino put Liverpool in the driving seat in the Champions League Quarter Final.

Keita celebrated his second goal in as many games in an impressive performance.  Firmino, who provided the assist for the first goal popped up midway through the half to tap in a clever Alexander-Arnold cross.

The reds will travel to Portugal next week with a firm advantage, but also wary that Roma did similar in the last round but ended up being knocked out after extra time.

Klopp made three changes for this game.  Andy Robertson's suspension for yellow cards meant that James Milner operated at left back.  Dejan Lovren replaced Joel Matip (Klopp saying it was a case of fresh legs) at the back.

Henderson also returned to the line up after his impressive second half cameo v Southampton.

There were a few stray passes in the opening moments, but in the 5th minute the reds took the early lead.  Mane with good work down the left hand side passed inside to Firmino who turned and played the ball in the path of Guinean Keita.  From the edge of the box he fired in and a defenders touch helped fox the experienced Iker Casillas.

Porto had realised the importance of an away goal in the last round and they helped make the first half a fairly end to end game.

But the defensive abilities of Virgil van Dijk and Fabinho often stifled their play before they reached that final ball.

There was a potential VAR shout when Alisson pushed the ball at Trent AA"s arms but a VAR review concluded there was little the Liverpudlian defender could have done about it.

Mid-way through the half Firmino added a second.

Henderson unleashing Alexander-Arnold down the right and Trent's ball played straight across the line was tapped in by Firmino. 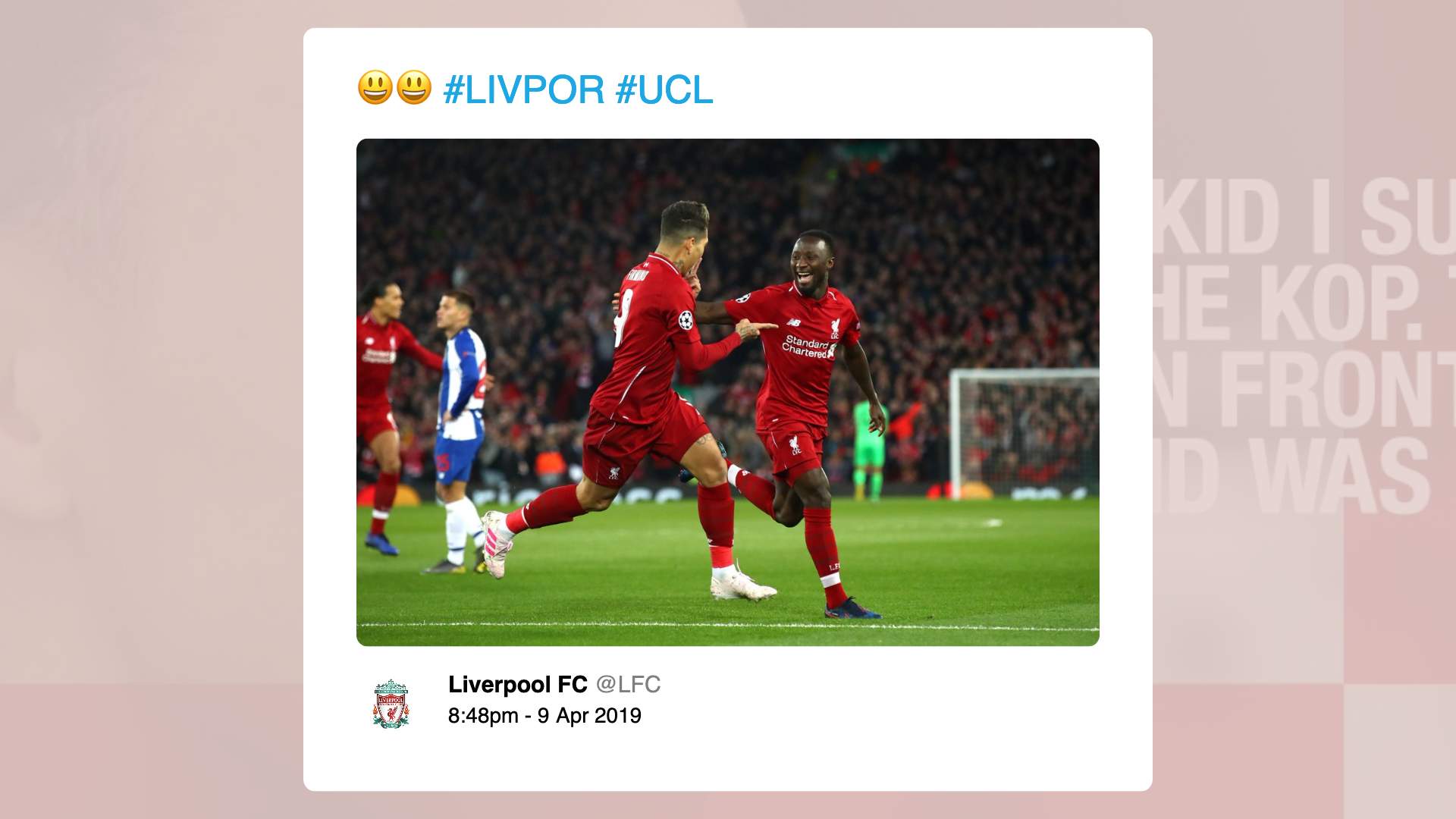 In the second half, the reds thought they were off to the perfect start when Mane drilled in, in front of the Kop.

But the linesman's flag went straight up and we waited while VAR checked the assistants decision.  It was tight, very tight, but VAR stuck by the correct official decision.

The majority of the second half was played without the excitement of the first half.  Salah into good positions on a number of occasions - one chance squrming wide after it bounced off the on-rushing Jordan Henderson.

Divock Origi and Daniel Sturridge were introduced late on but there was no change in scoreline.

In fact Porto, and Morega, had a couple of late chances to grab their away goal but couldn't connect.

A slim lead, but a Liverpool goal in Portugal and Porto will need to score four times.

Advantage, but still work to do, for Liverpool.