Liverpool continued their phenomenal goalscoring efforts with a comprehensive 4-1 dismantling of West Ham.

Salah, Firmino and Mane were yet again all amongst the goals - although it was Emre Can who broke the deadlock in the first half for Liverpool.

The German scored the reds 100th goal of the season as they got a win to move into second place in the Premier League table.

Matip, Oxlade-Chamberlain and Emre Can were the players returning to the Liverpool line up after a 10 day break.

A couple of the reds players, including Wijnaldum and Ings were left out due to illness.

Virgil van Dijk went close for the reds early on when he rose unchallenged to meet a James Milner cross, and Mo Salah saw an early shot tipped onto the post.

Salah and Firmino were looking for space as the reds defenders played a couple of quick balls up the field.  Despite the eventual scoreline, the West Ham keeper Adrian did plenty to try, unsuccessfully, to keep his side competitive throughout the game.

Emre Can eventually broke the deadlock for Liverpool.  The 100th goal of the season arrived when he headed in from a James Milner corner.

It was a minor half time lead for Liverpool but the goals flowed in the second half.

Mo Salah scored his 31st of the season after 5 minutes.  Oxlade-Chamberlain had worked hard to feed the ball through to the Egyptian who finished - his shot going across the body of the keeper.

Minutes later Roberto Firmino scored his goal.  Again the reds won the ball back in midfield, out came the keeper, and Bobby found himself with an open goal in front of the Kop.

He doesn't miss them - and doesn't even need to look at the goal these days. 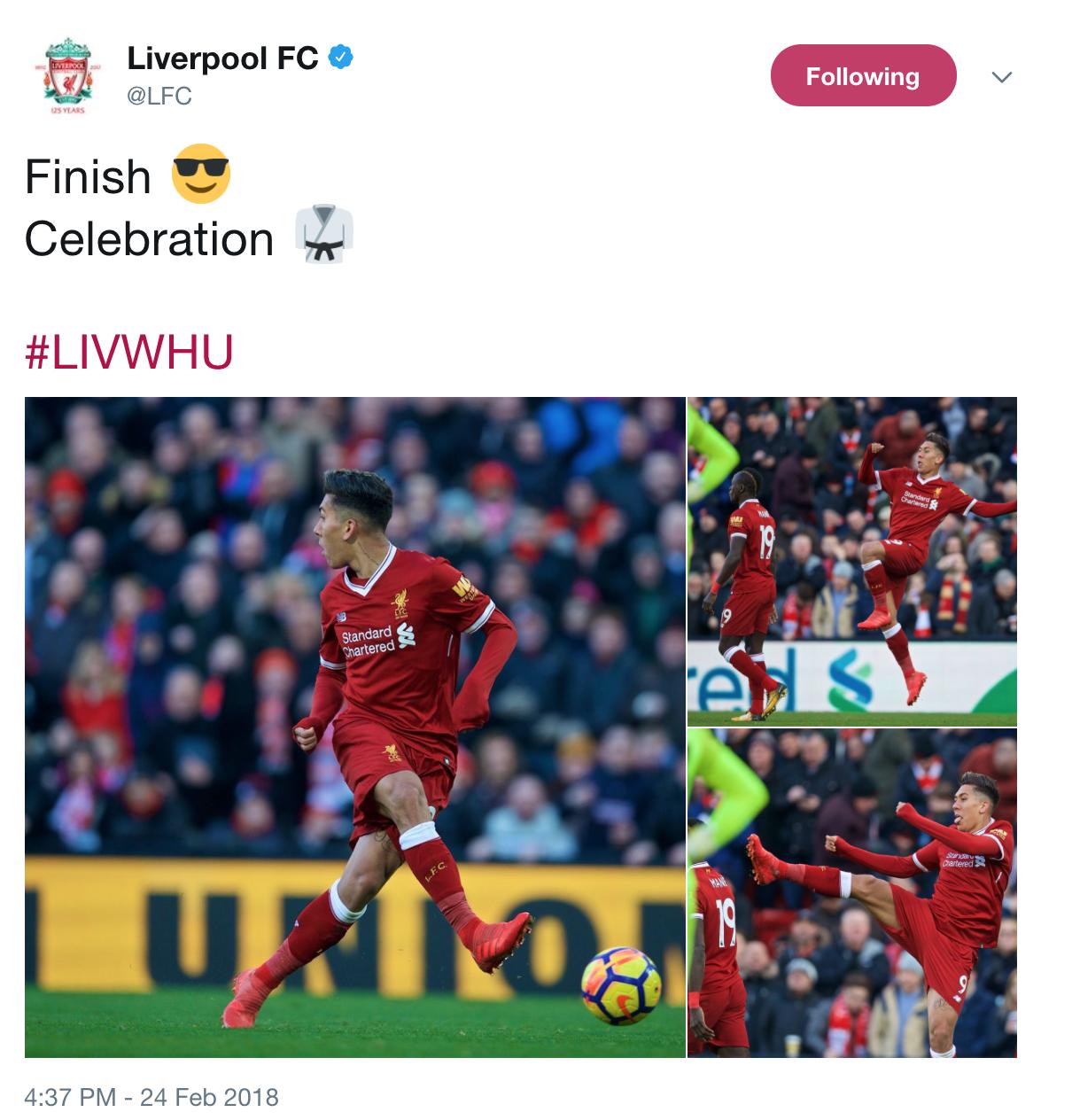 Antonio arrived on as a substitute for West Ham and immediately made an impact.  He fired in after the reds lost possession in the midfield.

But there would be no West Ham fightback as Sadio Mane, after having a chance hit the post, then made amends and made it 4-1.

The move started with Karius, and ended with Mane with the easy finish from an excellent Andy Robertson cross.

A good win for the reds - the same scoreline as at the former Olympic Stadium earlier this season.

Liverpool move into second and can enjoy the dropped points in the Man Utd-Chelsea game tomorrow.

Man of the match: James Milner

2 comments on
Liverpool 4-1 West Ham: Reds hand out another hammering to Moyes