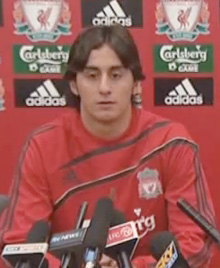 Nicknamed ‘Il Principino’ by the Roma faithful, he made his Serie A debut just aged 18, before being loaned out to Triestina the following season. He broke into Roma’s starting XI upon his return, before being handed the no. 8 shirt in 2006/07 season, following Matteo Ferrari’s departure.

With Roma, Aquilani has finished runners-up in the Serie A four times, won the Coppa Italia twice and also the Supercoppa Italiana once.

Alberto Aquilani becomes Rafa Benitez’s second major acquisition of the summer transfer window 2009, as replacement for pass master Xabi Alonso.  He left Roma for a fresh challenge and passed the medical on Friday, 7th August 2009 before signing on the dotted line on a five year contract.

Alberto's first season at Liverpool saw him fail to shake off his ankle injury until the latter half of the season, and he only made 25 appearances - the vast majority as substitute.

However, despite his limited playing time (the equivalent of 12 full games) - he did show brief glimpses of his ability - scoring twice and creating another 6 goals.

With the departure of Rafa Benitez, and the arrival of Roy Hodgson the plot thickened.

In August, Roy Hodgson gave Aquilani a brief cameo in a Europa League qualifier before the player disappeared on loan to Juventus for the season.

It is rumoured that this was done to prevent Christian Purslow selling the player behind the managers back.

Managerial changes at Juventus at the end of the season have caused some confusion as to the future of Aquilani's career. 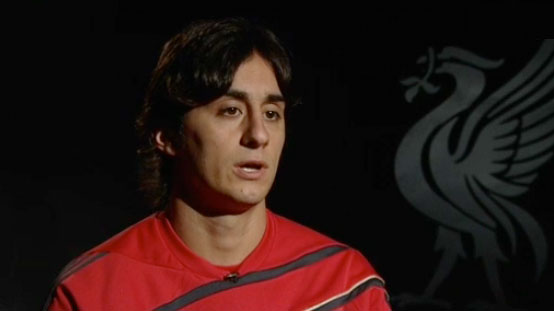 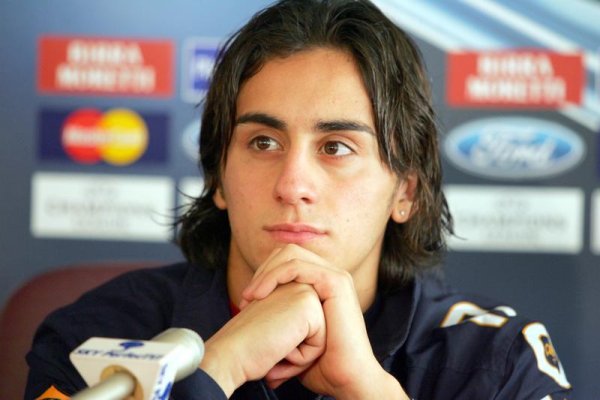 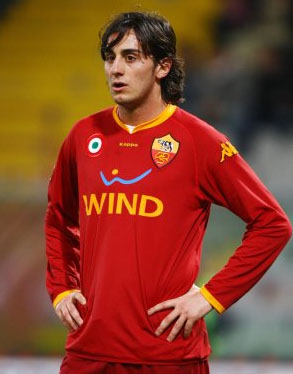 Alberto agent is cutting the cost of Liverpool sale